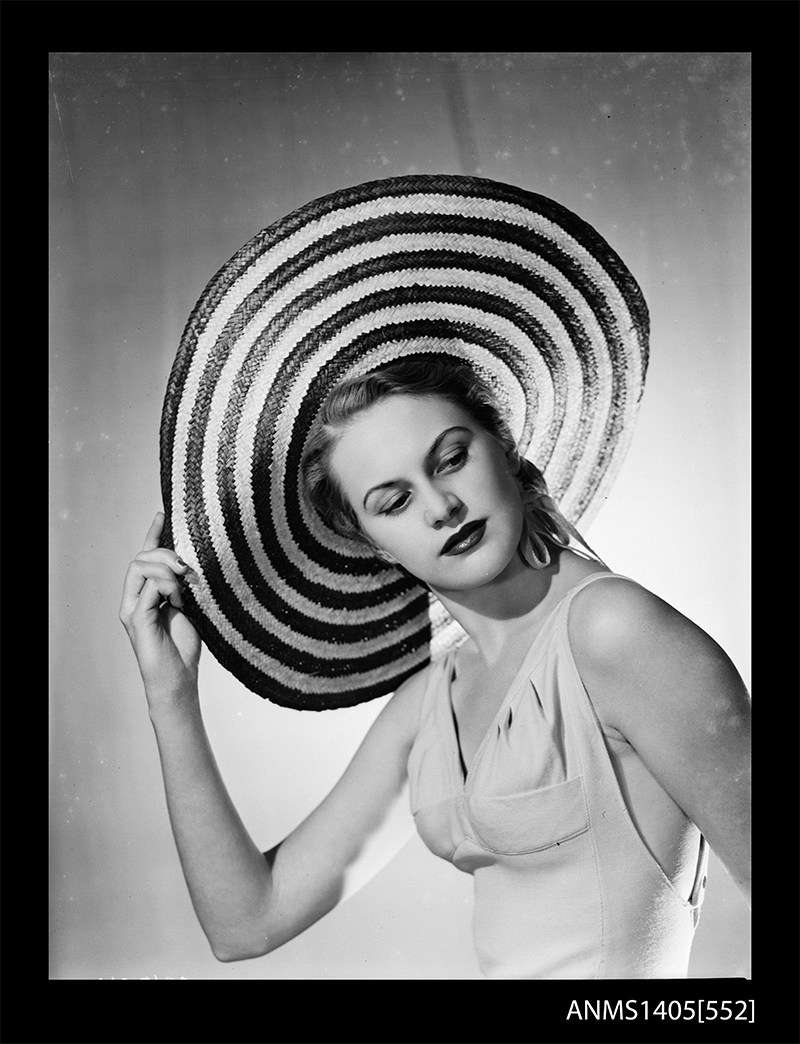 “Cock your hat.
An angle is an attitude”
– Frank Sinatra

Its hat week this week – for myself it’s an excuse to kit up for winter but among the vast collection of images by respected Australian commercial photographer Gervais Purcell the hats are generally more about form than function.

Gervais’ son Leigh first contributed some of his father’s artefacts to our popular travelling exhibition Exposed! the story of swimwear in 2009. We were given access to Gervais’ swimwear fashion photographs and also to the camera Gervais used for his professional work. Then in 2012 Leigh followed this up with a generous gift of 3000 images to the Museum.

Fashion photography was a competitive business in Australia from the 1940s to the 60s so the output Gervais produced and the companies who commissioned him are testament to his reputation and skill. To give you an idea, his peers included photographers like Bruno Benini (1925-2001) and Helmut Newton (1920-2004), both of whom are featured in collections at Sydney’s Powerhouse Museum. Gervais’ clients included:

Gervais’ images illustrate fashion design trends of the 1940s, 50s and 60s.  Unaffected by war time rationing, milliners were among the few who could embellish their work with veils, feathers and ribbons. The hats also responded to the hairstyles of the day – think Hollywood and Ealing Studio glamour and film noir – curls, rolls, chignons and folds. Australian fashion was very much influenced by the dominant popular culture of our military allies both during and post-war. 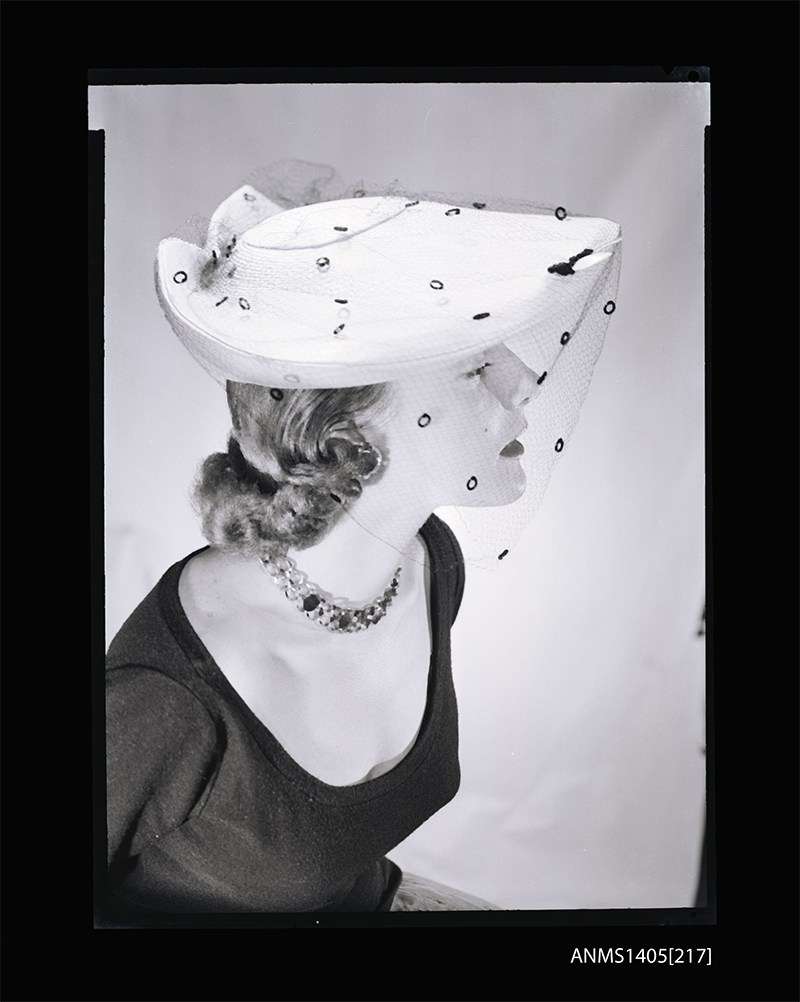 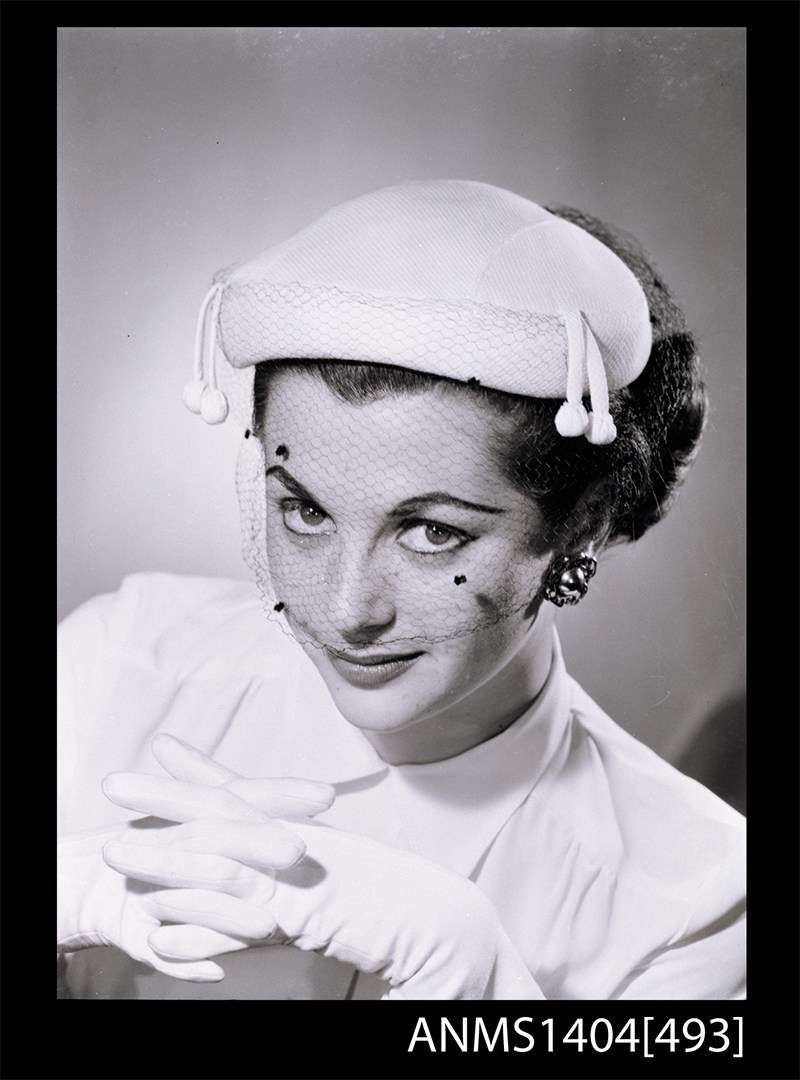 The iconic wide brimmed hat made a strong comeback via the ‘New Look’ developed by Christian Dior for his Spring 1947 collection. And in what still seems a bit of a coup – David Jones showcased this famous collection for the first time outside of Paris via a gala event in Sydney, 1948. Clearly the House of Dior must have felt there was no other store like…. ! 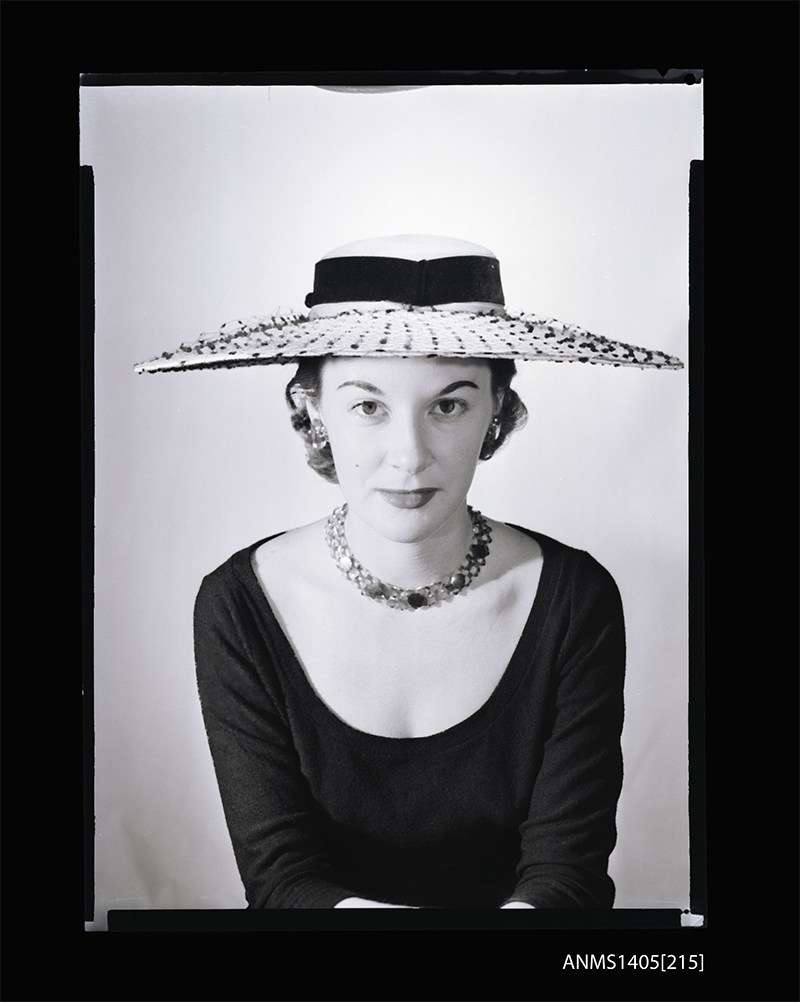 But Gervais’ images also contain a playful whimsy and experimentation which is interesting when you think about the kinds of mainstream magazines that may have featured Gervais’ advertising work. 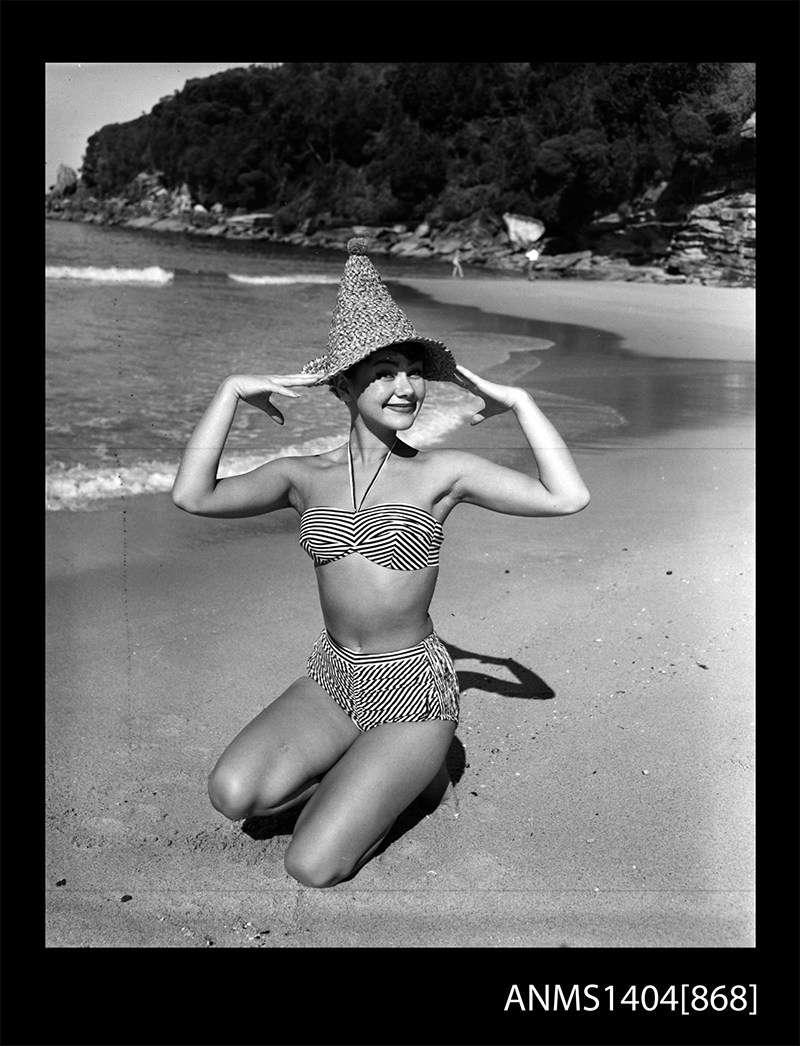 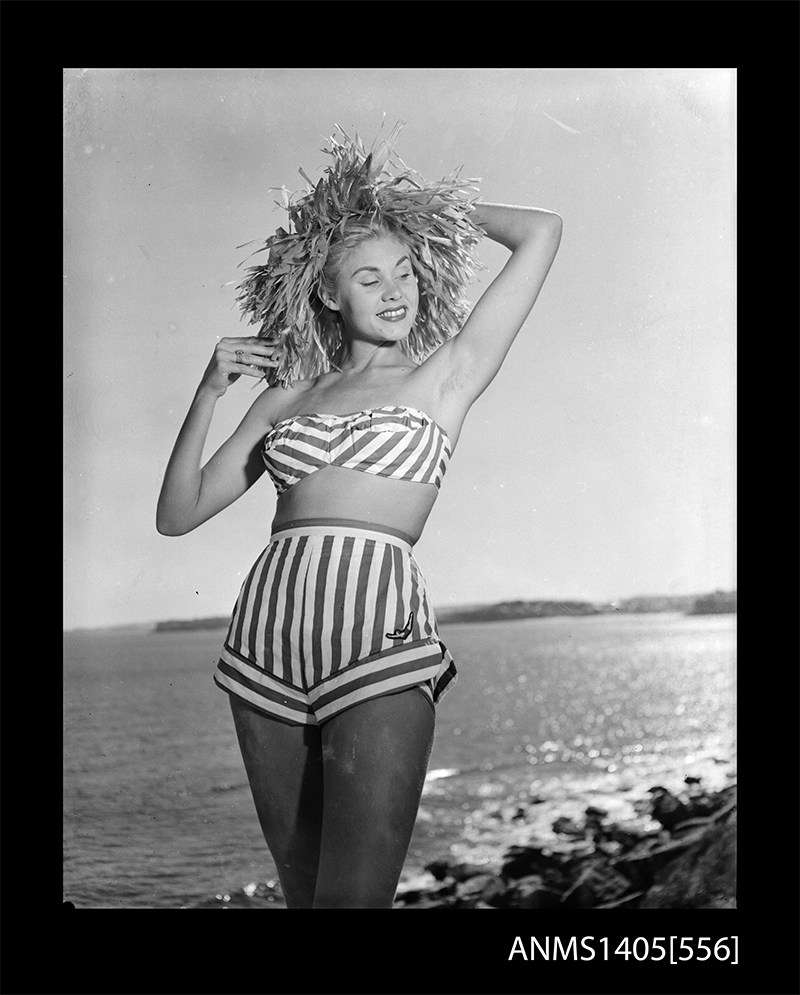 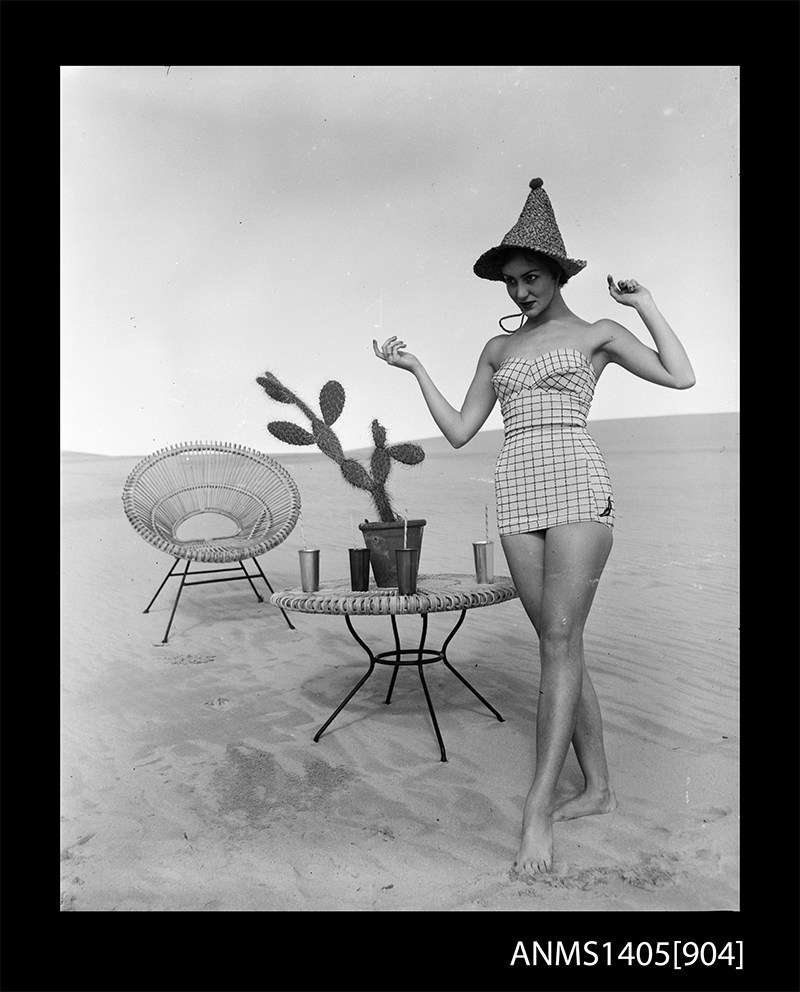 Of course the research on Gervais’ work continues but I couldn’t resist putting together an extended package for the Museum’s Flickr Commons page where you can look forward to seeing more images from this fabulous emerging ANMM collection.

Read more blogs by my colleagues on Gervais Purcell below.

View all posts by Guest→
Posted in: From the collection , Arts and Culture
↑