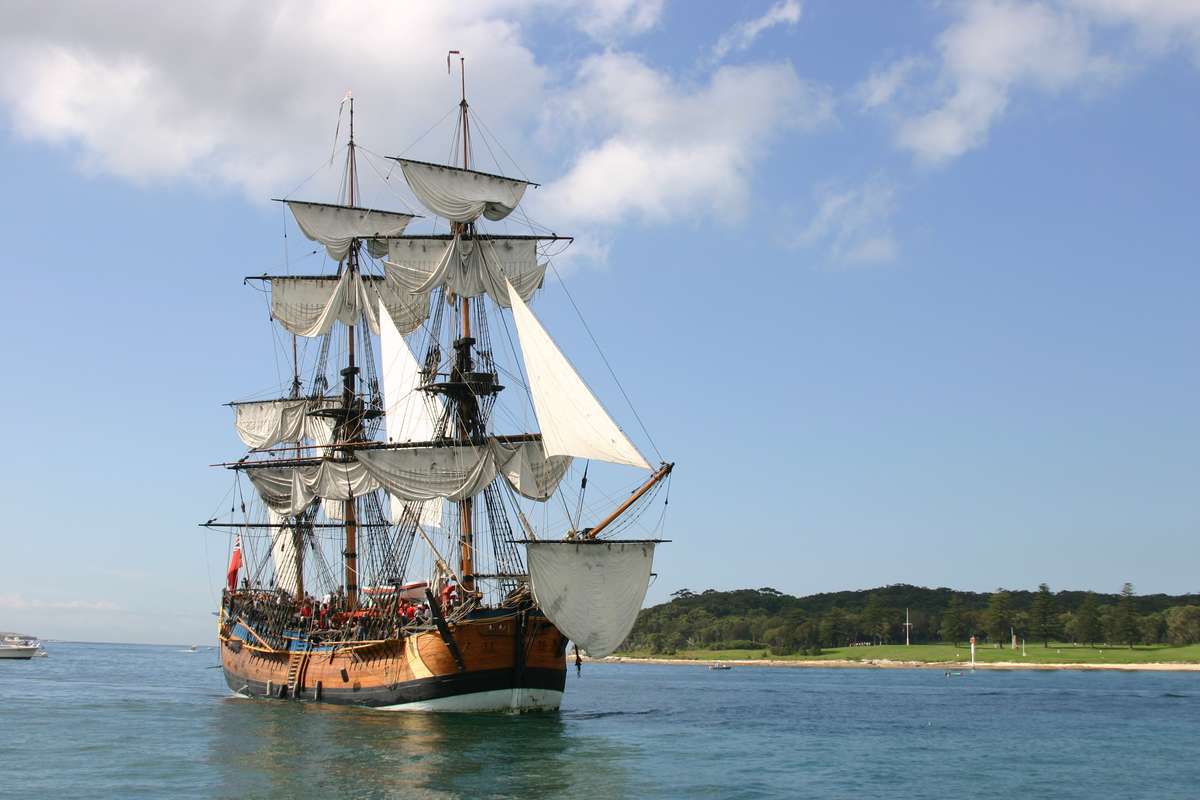 This is not an obituary or eulogy but rather a note of recognition and acknowledgement of the man whose yachting and other nautical activities considerably influenced the maritime history of Australia. The Australian National Maritime Museum is connected to this history through objects in the National Maritime Collection and our management of the Endeavour replica.

Alan Bond started out as a sign writer, but with an eye for spotting business opportunities, soon moved into real estate with great success and on to even bigger ventures. As his star ascended and his wealth increased, he could have bought a football team or race horses or financed a car racing team but instead he chose sailing to raise his profile and turbo charge his career. In this he was fortunate to establish some brilliant working relationships. 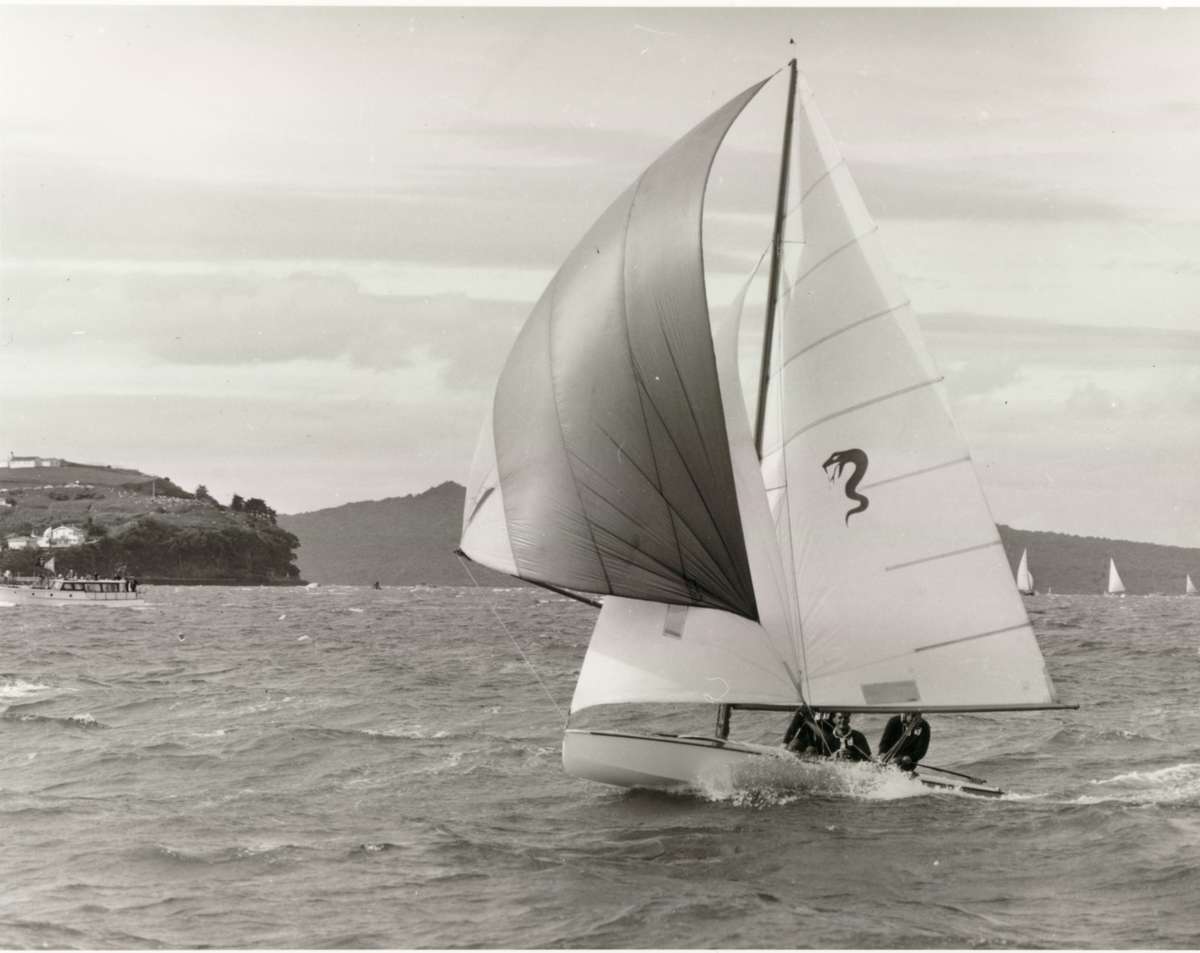 Taipan under spinnaker in a fresh south east breeze, during the third heat of the 1960 world championships in Auckland. Note the number of spectators on North Head, at the left of the image. Photographer unknown, reproduced courtesy of Robin Elliott.

It started with yacht designer Bob Miller (later known as Ben Lexcen). Would Miller have risen to be the larrikin so loved by Australia with anyone else? Bond’s first yacht was modest by later standards – the 50 footer Apollo, designed by Miller.  Miller was going places but slowly. Apollo changed all that – quickly becoming an icon in Australian yachting. The success of Apollo helped form a strong business and personal relationship between the two men, still strong many years later when Bond gave generously to the museum’s appeal to rebuild Miller’s landmark 18-foot skiff Taipan, now on display in the foyer of the museum’s Wharf 7 building. 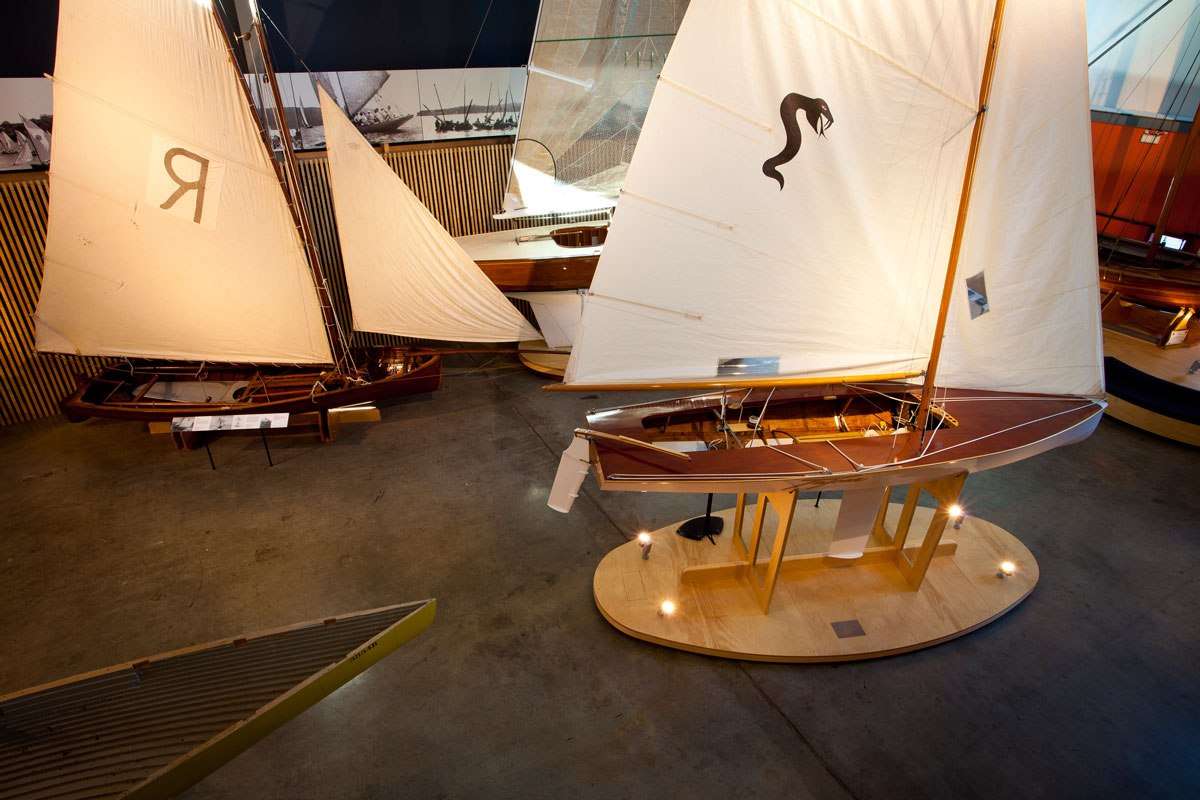 Miller’s status grew under the wing of Bond’s 1974 challenge for the America’s Cup. He wanted to be in charge of his destiny and impetuously changed his name to Ben Lexcen during this period.

By 1983 Bond and Lexcen had established a brilliant partnership but the Bond Syndicate’s cash and Lexcen’s design for the America’s Cup contender Australia II (an amazing yacht whose tank test model is also on show in the museum’s Wharf 7 building foyer) were both aided by a third force. In this case it was the crew and support team for this famous victory.  Brought on in nail-biting, theatrical circumstances – these were ordinary Australians like the rest of us, who believed in their chances and rose to the occasion. 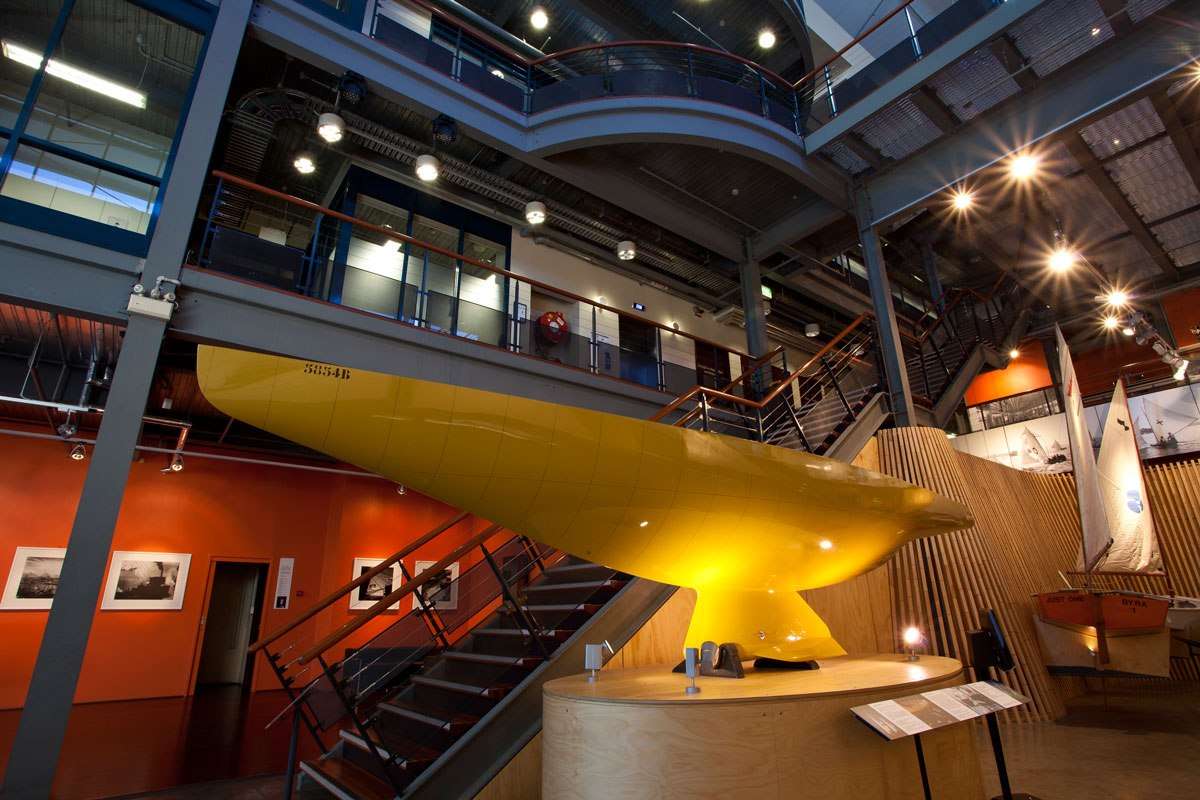 Australia II’s victory saw Lexcen, skipper John Bertrand and many others become national heroes and move onwards and upwards themselves. Would Bertrand have found himself in charge of the renaissance of Australian swimming if he had not been given this chance to win the cup?

Bond’s other great nautical gesture was to agree to finance the building of a replica of explorer James Cook’s famous vessel Endeavour.  When yachting journalist Bruce Stannard casually asked Bond after a media interview in 1987 if Bond might consider supporting construction of a replica of Endeavour, Bond said yes on the spot, and viewed it as the company’s bicentennial project for the nation.  Bond knew what he was up for too, and wisely put former crewman and team organiser John Longley in charge of the multimillion-dollar project, then put the museum into the Deed of Gift as recipients, and let the team get on with it in Fremantle. When his support collapsed, and the Japanese rescuers pulled out, there was too much momentum to loose and after further hard work, backing was secured and finally the nation had its ship.

Without Bond, it would not have got off the ground, as testified by previous failed plans to build a replica Endeavour.  But again, behind his initial funding support were the team of people like Longley, David White who researched the original design, shipwright Bill Leonard and his workers, along with naval architects McAlpine Associates. The combined skills, hard work and tenacity of this team ensured the Endeavour was constructed as a world-class replica. Today the Australian National Maritime Museum proudly sails and manages the Endeavour replica for the nation.