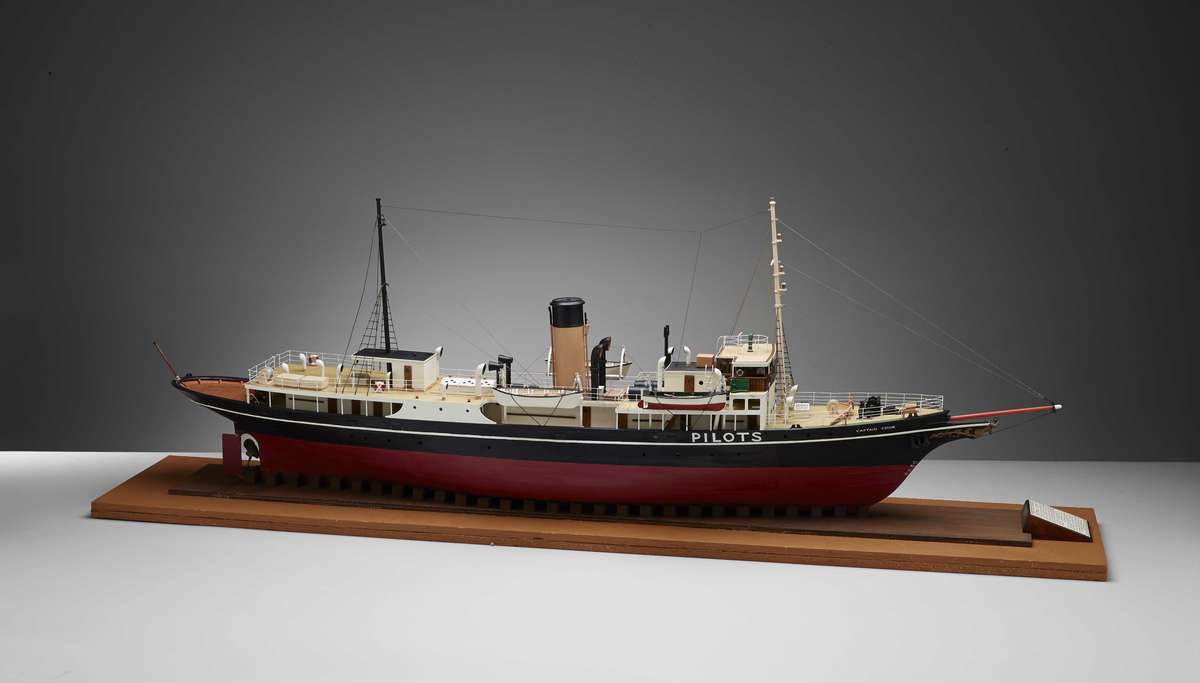 In 2014 the museum was very fortunate to receive a bequest of a model of the pilot steamer Captain Cook III made by David Radford. The pilot ship was constructed at Mort’s Dock in Balmain and was in service from 1939 until 1959, providing a valuable service to both cargo and passenger vessels. A pilot boat is used to transport pilots between land and the inbound or outbound ships they are piloting. Marine pilots typically have extensive seafaring experience and their job is to manoeuvre ships through dangerous or congested waterways such as harbours or river mouths.

The Pilot service began operating in Sydney shortly after the wreck of the Dunbar off South Head in 1857. Following the tragic loss of 121 lives in the disaster, a government inquiry recommended that cruising pilot cutters should be stationed off Sydney Heads to provide pilot services for vessels attempting to enter the Heads. The pilots and their crew lived on board their vessel for long periods and cruised off the Heads until their services were required.

David Radford was a keen amateur model maker and he made the model over a period of four and a half years from the late 1970s. The Captain Cook III model is a detailed and historically accurate depiction of the third Sydney Harbour pilot steamer named Captain Cook. David remembered watching the vessel working on Sydney Harbour when he was a child and liked the shape of its hull, reminiscent of a tea clipper. It was built with a single deck and carried two pilot ‘pulling’ or ‘boarding’ boats, a motor dinghy and a large bronze figurehead of the famous navigator James Cook RN, which had originally been fitted to the Captain Cook II steamer. This is the only model of a pilot ship owned by the museum and is a great addition to the collection. 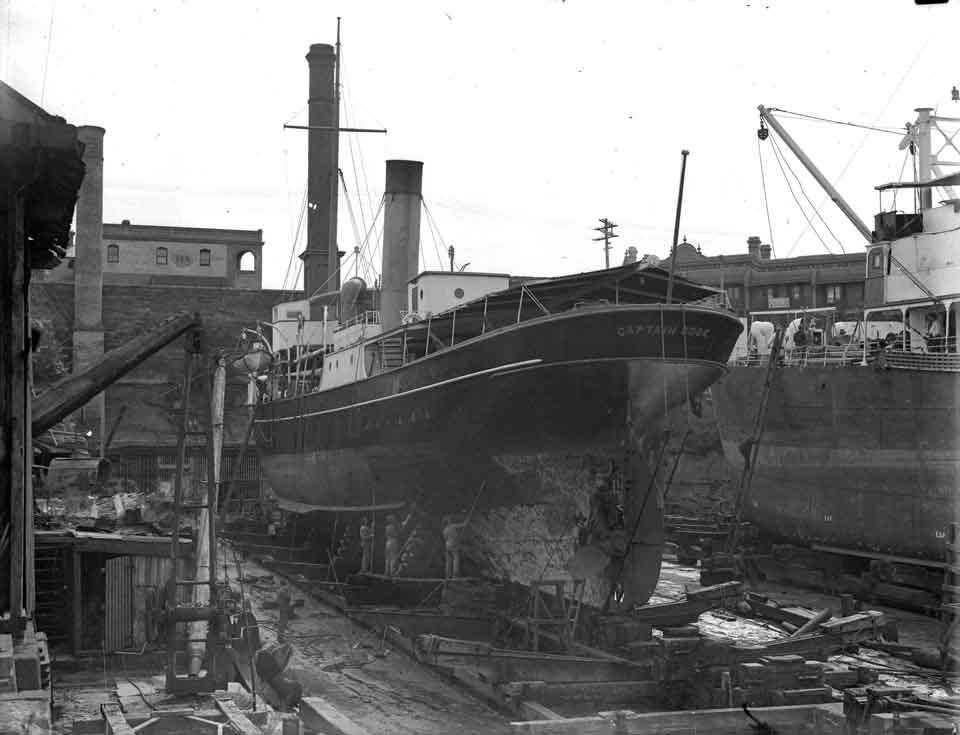 The work of the vessel and its crew is brought to life in a documentary made in 1949 by the National Film Board. The sole focus of the film ‘Steady as She Goes’ was to provide an account of the work of the Captain Cook III. When I watched the film, it felt like watching our model come to life. The cinematographer captured stunning views of Sydney Harbour in the late 1940s and provides a comprehensive account of the cargo being shipped to Australia in this time period.

While the style and size of pilot boats working in Sydney Harbour have changed over the years, the practice of boarding a cargo or cruise ship by transferring from a smaller vessel or row boat to the ships ladder remains the same. Some of the very large ships now have a hatch for the pilot to climb through.

About fifteen pilots work for the Port Authority of NSW today. They meet, board and guide all ships over 30 metres in length into port safely. 4,705 pilot movements were carried out across the ports of Sydney, Port Botany, Yamba and Eden last financial year. 528 of those were for cruise ships. A pilot movement usually refers to moving a ship into port and out, but moving a ship from one berth to another or to dry dock is also counted as a pilot movement. There were 261 recorded cruise ship visits to Sydney last year and four to Eden. Thanks to Robert Kinny from the Port Authority of NSW for providing up-to-date statistics. 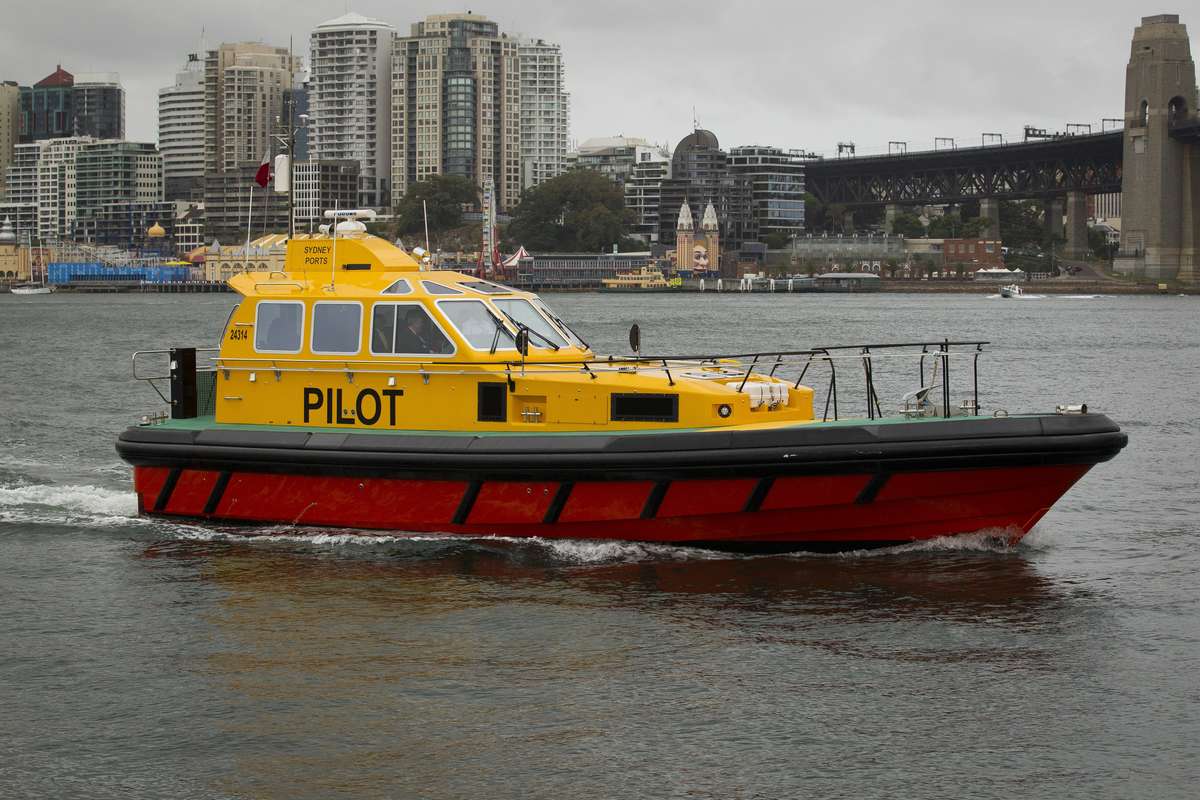 So next time you spot a large cruise ship in Sydney Harbour or a cargo ship in port, perhaps you might think of the pilot responsible for ensuring it docks safely without colliding with a ferry, yacht or even a kayak.

View all posts by Michelle Linder→
Posted in: From the collection , Vessels
↑