Constructing exhibitions such as Voyage to the Deep is the work of preparators, or ‘preps’. They are an integral cog in the machine of traditional museums and, as the name implies, are employed to prepare objects, specimens or exhibits. Originally they included embalmers, flensers and taxidermists as well as model makers and tradespeople. The museum has four preps, all of whom have visual arts degrees. Creativity is just as essential as practical skills in a job which requires us to exercise our minds as well as our hands. 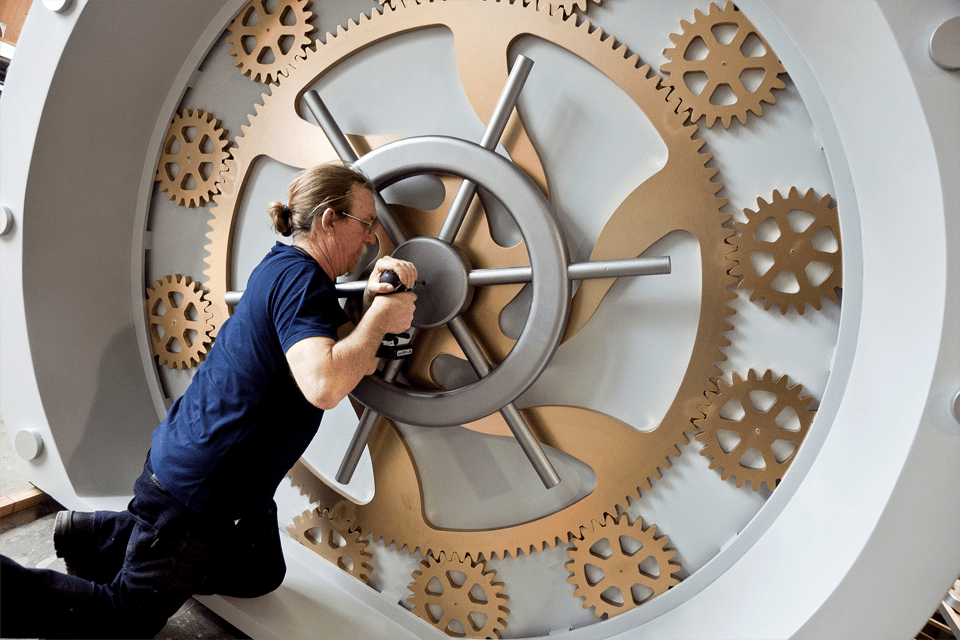 Peter Buckley with the airlock-style door that forms the entry to the exhibition, Voyage to the Deep.

Voyage to the Deep is an interactive exhibition for families, loosely based on Jules Verne’s 20,000 Leagues under the Seas. Verne’s story was familiar to us, so we had a lifetime of imagery and influence to draw on, including comic book illustrations of the Nautilus submarine. The plans we received were concept drawings only, and while we maintain an allegiance to them there is plenty of scope to embroider. The main criteria were that the exhibition was designed for children up to eight years old and that it needed to be engaging and fun. 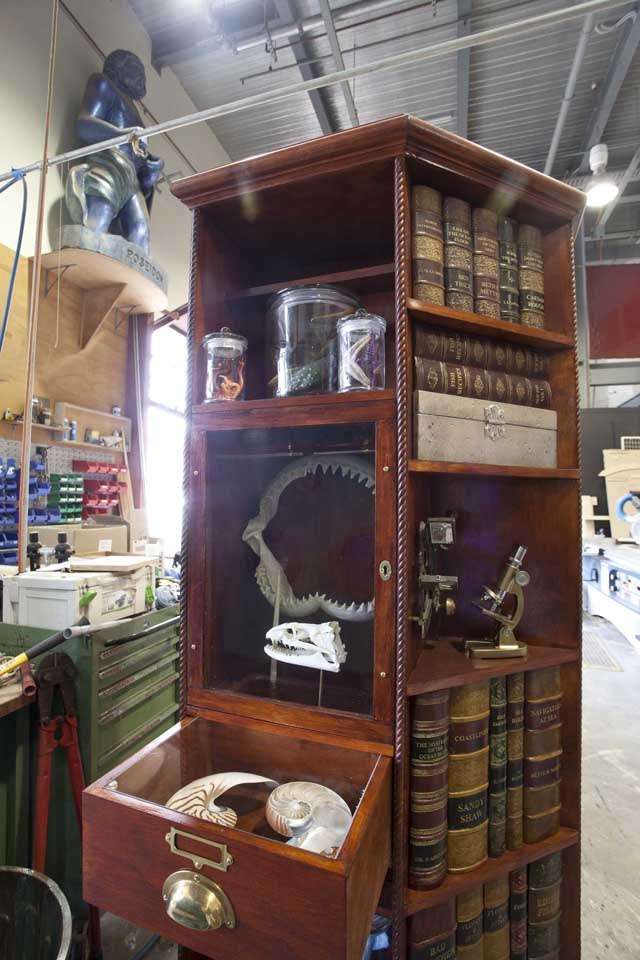 The cabinet of curiosities under construction in the preparators’ workshop.

We definitely took enthusiastically to the fun and engaging. The items we needed to build for Voyage to the Deep included such things as a cabinet of curiosities that holds Captain Nemo’s pipe organ as well as shelves and drawers filled with amazing underwater specimens. There’s also a treasure chest, plus a grand entrance consisting of an arch and a door. This needed to give the impression of an airlock door such as you might find on a simultaneously anachronistic and futuristic submarine – think a bit of Star Wars with a liberal smattering of steampunk, plus lots of curved surfaces and faux-metal finishes.

Then there are all the embellishments and dressing to put in place. Gauges, dials, pipes, wiring and mysterious mechanisms needed to be created and included, and paint finishes applied – all the while keeping in mind that as the story takes place on the cusp of the 19th and 20th centuries, the design had to appear crisp and new as well as old-worldly.

By the end of production, we had used around 80 sheets of plywood and close to 120 litres of paint. We have probably used up a 20-litre drum of PVA glue, plus boxes of nails and thousands of screws. Most of the joinery is glued, nailed in place using an airgun then screwed. The show is envisaged both to travel and to reappear at the museum regularly for the Christmas holidays, so it has to last and be able to be repaired. It also need to be easily demounted and set up, to fit into a shipping container and to survive a life on the road. 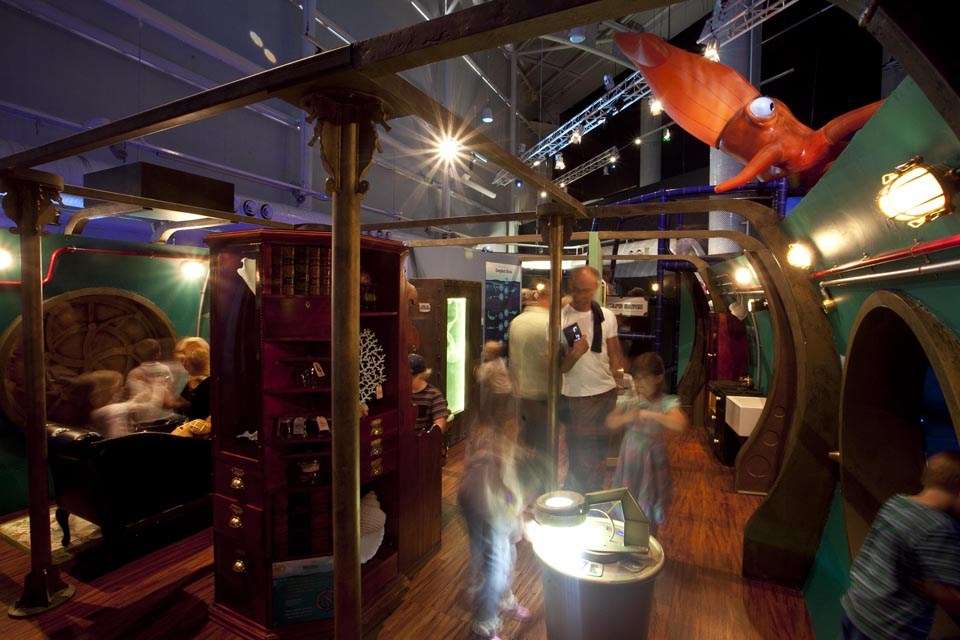 The finished product. Families explore inside the Nautilus at the exhibition opening.

Visiting my grand-nephews recently, I talked with them about the exhibition and showed them some photos. The excitement it generated in these small children was a fantastic pay-off for me, and taking them to visit it will be like seeing it all afresh. I can’t wait.

View all posts by ANMM Guest→
Posted in: Exhibitions
↑