The 70th Rolex Sydney to Hobart Race had its heritage well and truly acknowledged when the media launch was held at the museum on Tuesday 25 November, a month and a day before the fleet heads south. The race start is a public ritual; for decades huge crowds have turned out every Boxing Day to watch the fleet sail down the harbour, and it only took one race for it to become an institution. 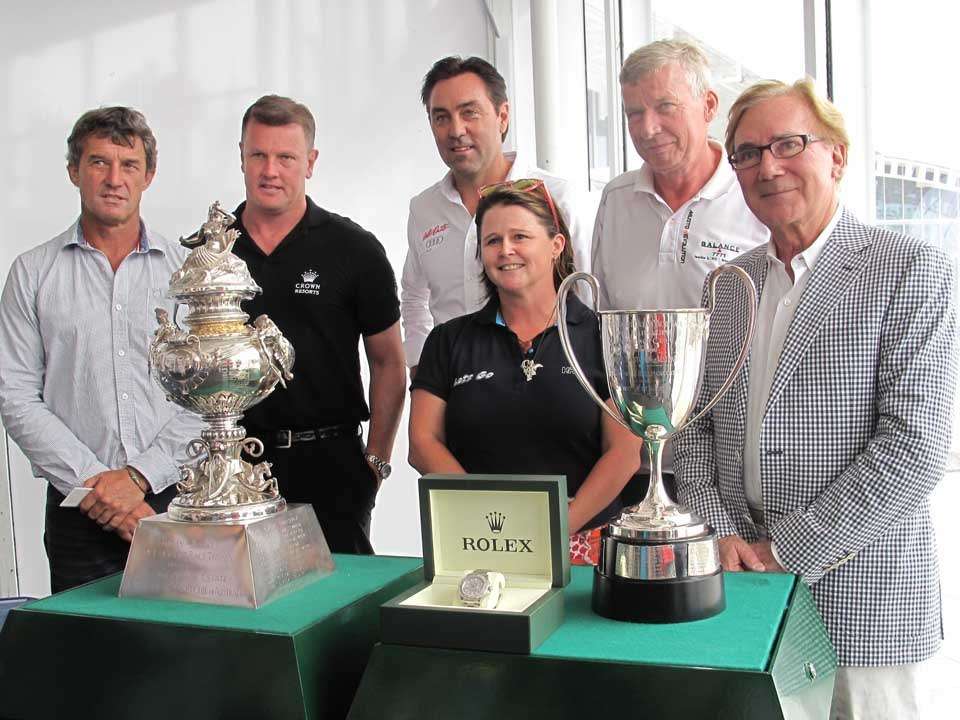 That first race in 1945 was a highlight in the drab aftermath of World War II. It captured the challenges, drama and intensity of ocean racing and brought the sport directly into the public’s view. Within months A C Cooper, the secretary of the Cruising Yacht Club of Australia, indicated that it would be an annual event starting each Boxing Day, and it has never missed a year. 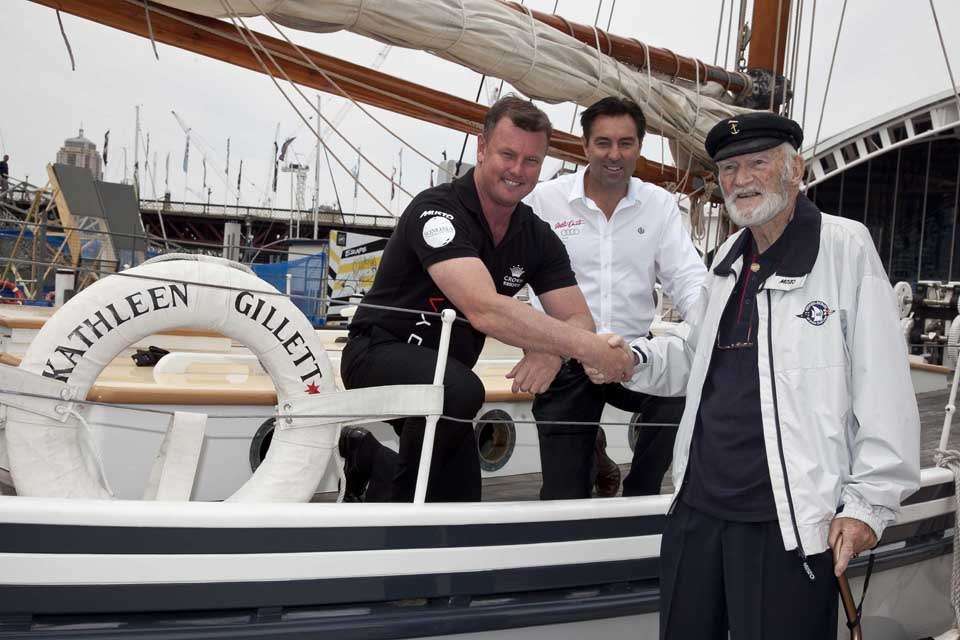 John Gordon, an 87-year-old veteran of the 1945 race, with Anthony Bell and Mark Richards on board Kathleen Gillett.

John Gordon sailed in that first race on Percy Coverdale’s Tasmanian entrant Winston Churchill, and John came along to the media launch to share his stories with today’s skippers, including Mark Richards from Wild Oats XI and Anthony Bell from Perpetual Loyal. History was also told by the presence of Wayfarer, moored side by side with Kathleen, putting two of 1945’s original fleet of nine on show. In stark contrast, last year’s hi-tech winner Victoire and owner/skipper Darryl Hodgkinson also came to share the spotlight. The fourth yacht attending was one of the smallest in the fleet, James Cameron’s 10.5-metre Luna Sea – formerly AFR Midnight Rambler, winner of the tragic 1998 race in which six yachtsmen lost their lives in treacherous conditions. 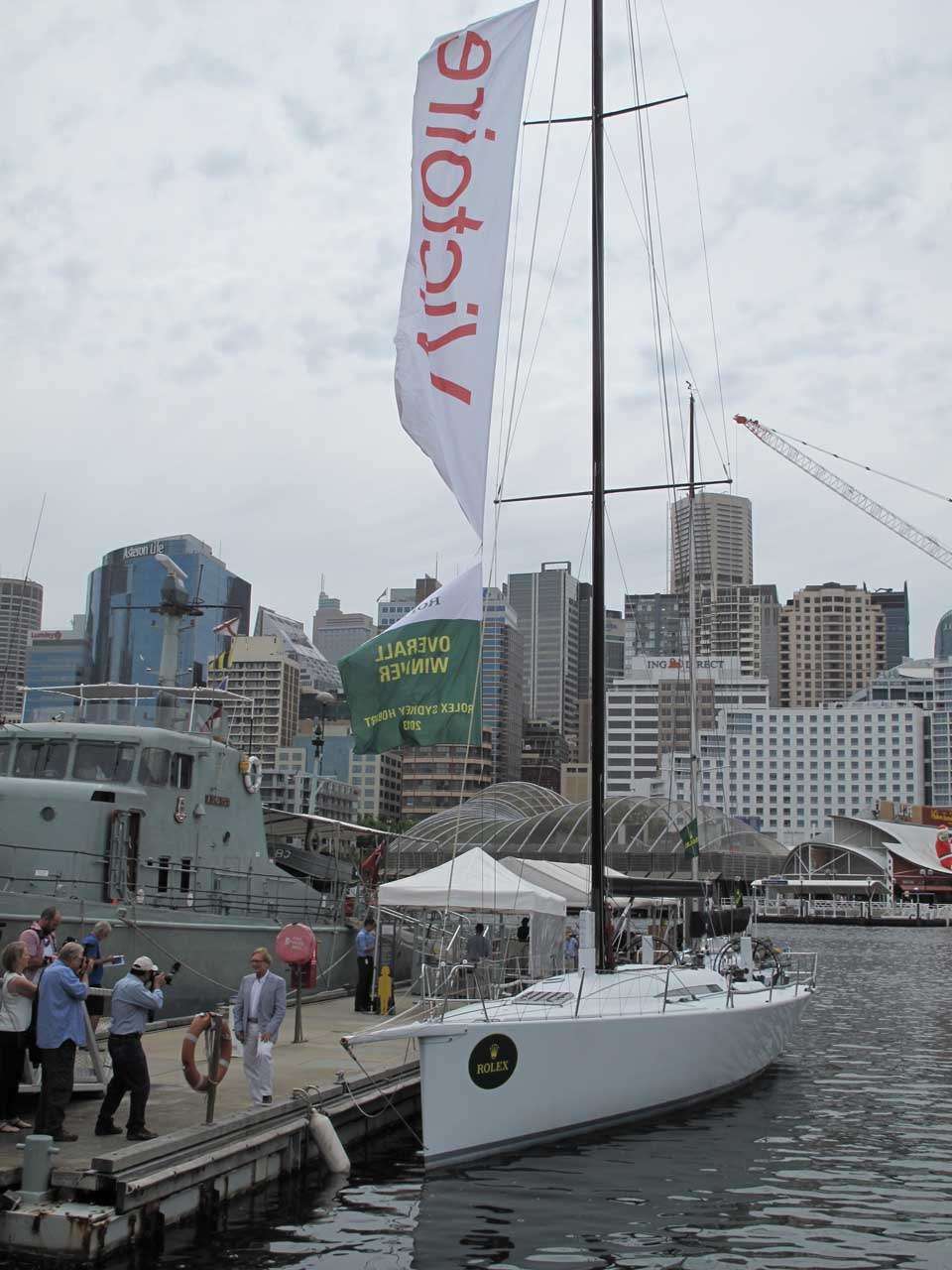 2013 overall winner Victoire, with its skipper Darryl Hodgkinson to the left.

All four yachts formed a backdrop for individual media interviews with the skippers after the official launch. The major TV and radio stations were present, each keen to get a perspective on the upcoming race from the skippers as well as learning what it was like back in 1945 from John Gordon. 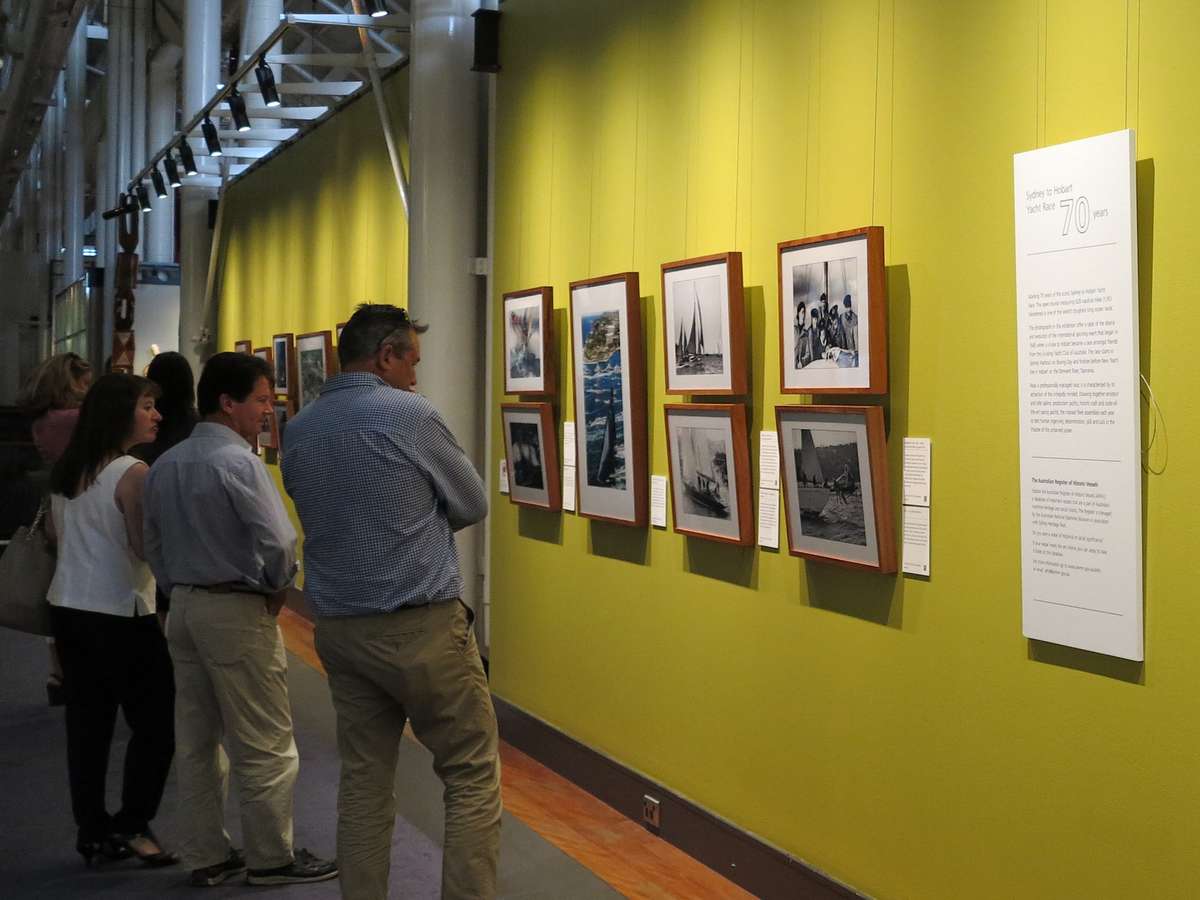 Here at the museum the spirit of the event has been captured with Sydney to Hobart Yacht Race: 70 Years, an exhibition of photographs in the Tasman Light Gallery, and an online digital story that brings it all to life. Selected images from renowned Australian photographers Richard Bennett and Ian Mainsbridge are hung alongside photos from European-based Carlo Borlenghi and Daniel Forster (courtesy of the Rolex Collection). Their classic images of the race sit alongside historic black-and-white images from the CYCA archives and the museum’s collection. Highlighting the changes in technology are two yacht plans: the museum’s yacht Kathleen (as it was then known), which raced in 1945, and courtesy Reichel/Pugh Yacht Design, the lines of the 30-metre (100-foot) super-maxi Alfa Romeo, line honours winner in 2009.

This year’s race will be preceded by a parade of sail on Sydney Harbour by some of the yachts that have raced in the event over the last 70 years. Led by the museum’s patrol boat HMAS Advance, Kathleen, Wayfarer and nearly 30 other yachts will motor around the main harbour in line astern, representing the history of the yachts that have raced this international and iconic Australian sporting event.