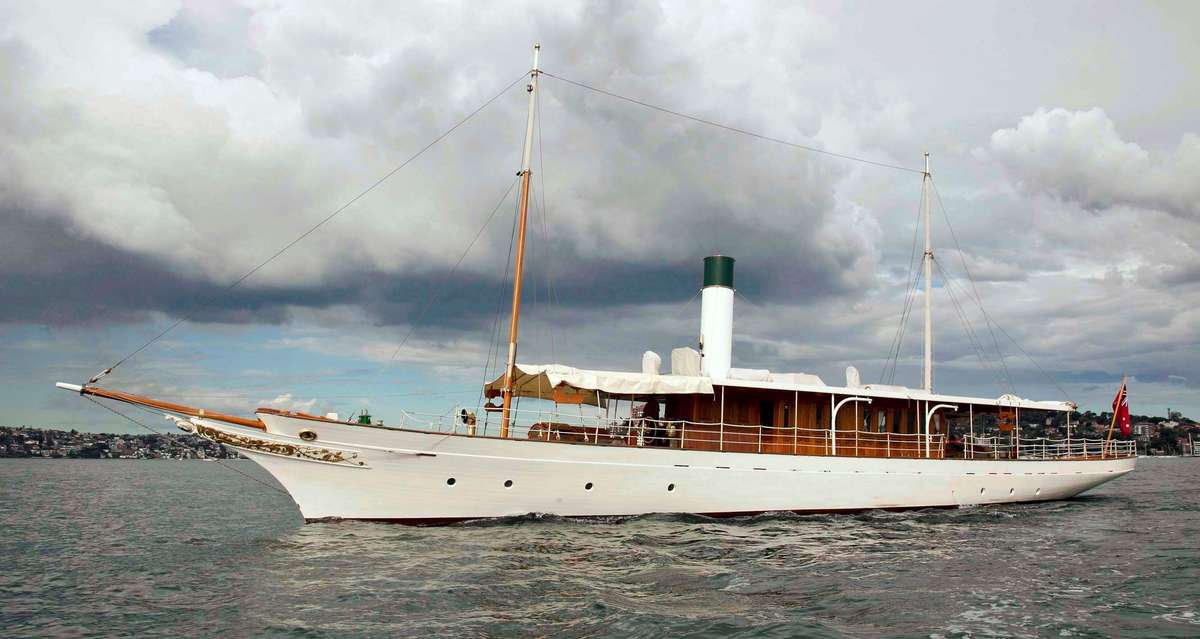 Late March and with the rain coming down in Sydney, the luxurious SY Ena played host to descendants of its original owner from 1900, Sir Thomas Dibbs. Fourteen relatives gathered in the museum foyer and then went down to see their patriarch’s pride and joy, fresh from a trial steaming on the Friday and eager to get out again. Also on board were two engineers from Melbourne familiarizing themselves with the engine, and everyone including the owner were, in one way or another, discovering more about the yacht. 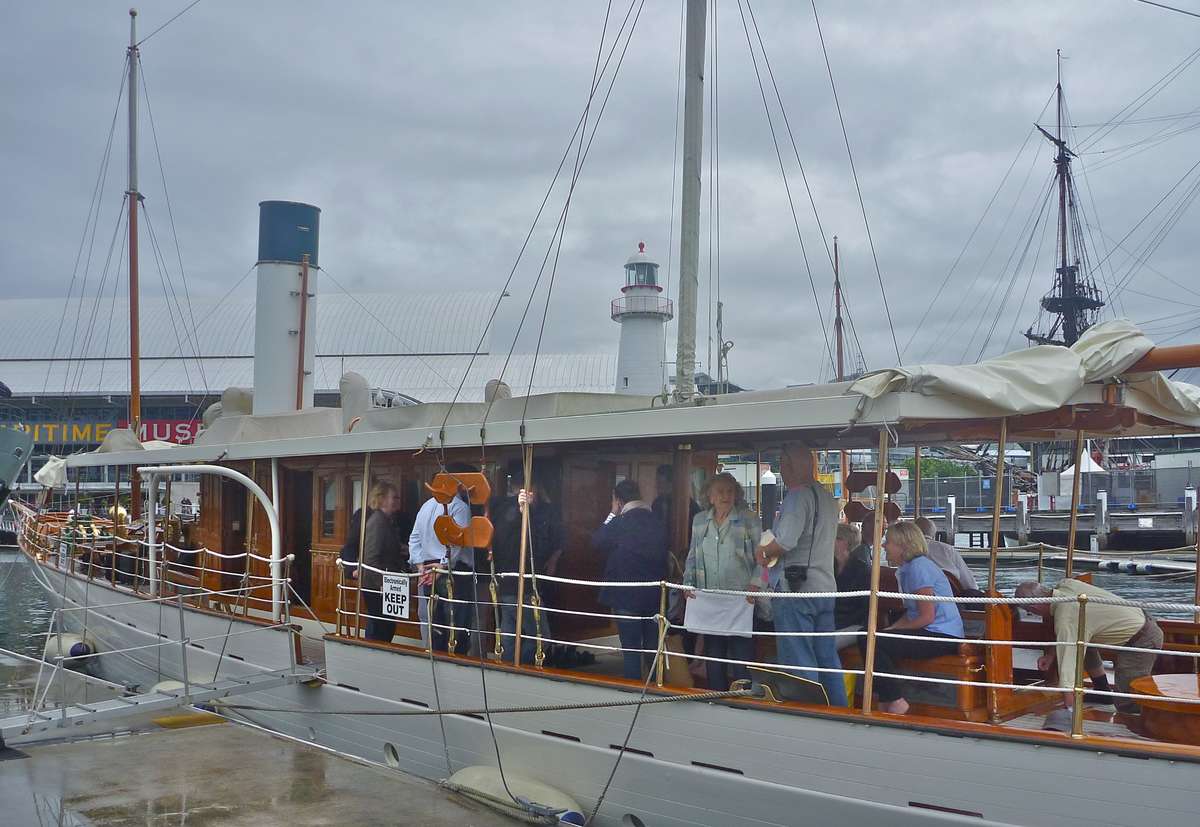 The family members attending spanned many generations, headed by 96 year old Elizabeth Cadden who came with an embroidered table cloth from the boat while her son Andrew held a plate embossed with Ena and RSYS, for the Royal Sydney Yacht Squadron, small mementos from what had once been in their family. Scurrying around and playing make believe games were the youngest generation, Olivia, Imogen and Ella, free to make much more noise than was probably the case for their age when great, great grandfather was in charge. It was also a wonderful social get together for the families, catching up on news as they sat and talked together or roamed around the decks and cabins, taking in the splendid restoration. 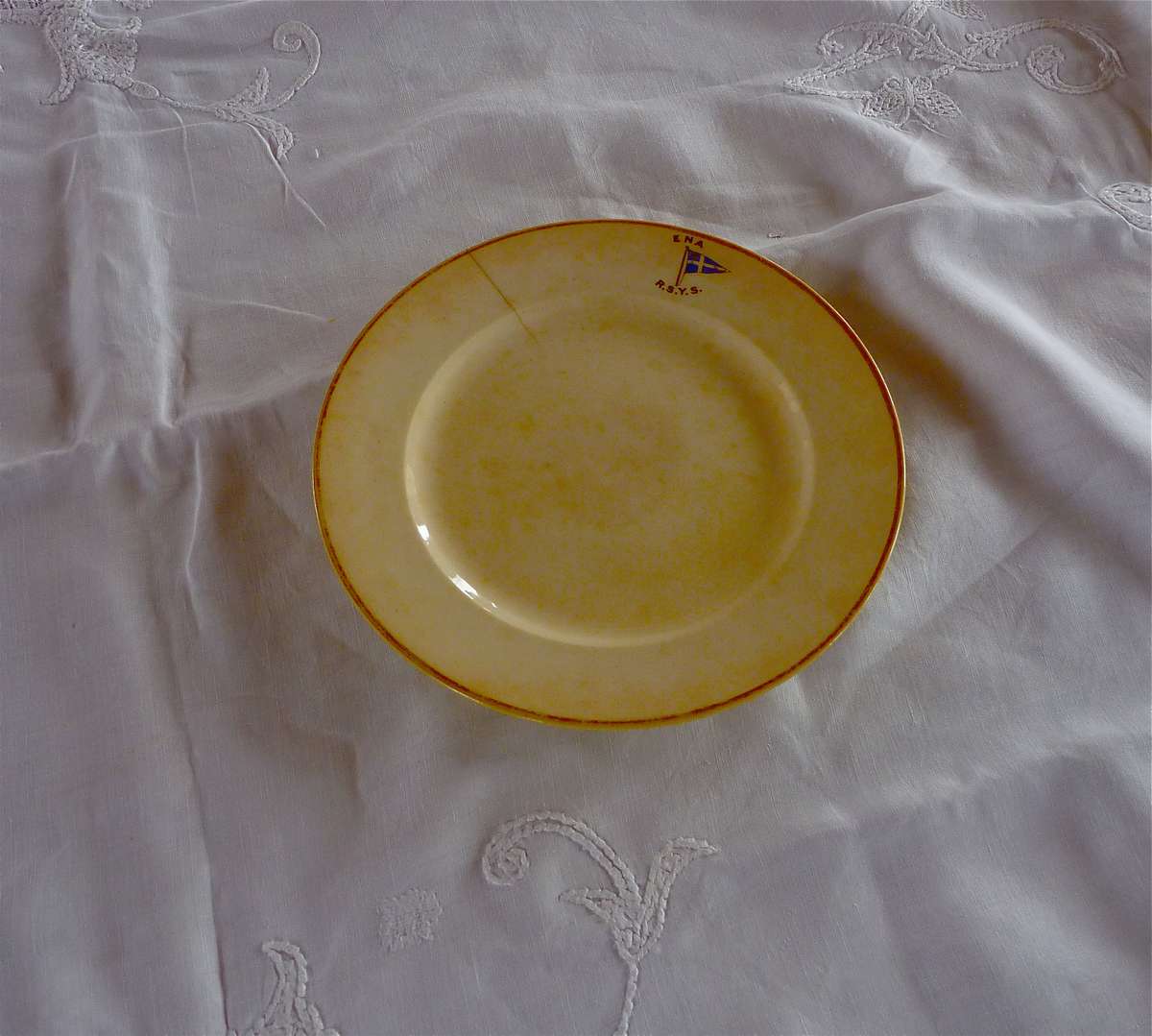 The plate on the embroidered cloth
Photo: David Payne, ANMM

Some of the family had seen Ena many years ago, but it has been off limits for some years, and now all that is changing. The new owners, the Turner family, are keen to share their vessel, and with the museum as a base it was very easy to organize this visit with them. Jonathan Turner was on hand to meet the visitors and learn more about the history the Ena brings with it

At the museum Ena has been open to the public with ANMM volunteer guides proudly supervising the vessel. Many who knew the vessel when it was covered up and shy of the public people have come down to go aboard at last, very appreciative of the opportunity to do so, and always very careful and respectful of the finish.

Ena’s trail steaming on the previous Friday was the first run for the Turners, and the first time it had been out on the Harbour for nearly two years. The previous owner’s engineer was on board to supervise when they took Ena out early in the morning.

Ena took off again on the Monday for another run, heading down the Harbour to Manly and back – the new engineers had got their wish and were out in their element. Ena is here for a few more weeks, but early in June the Turners will be taking it south to a new home on Port Phillip. 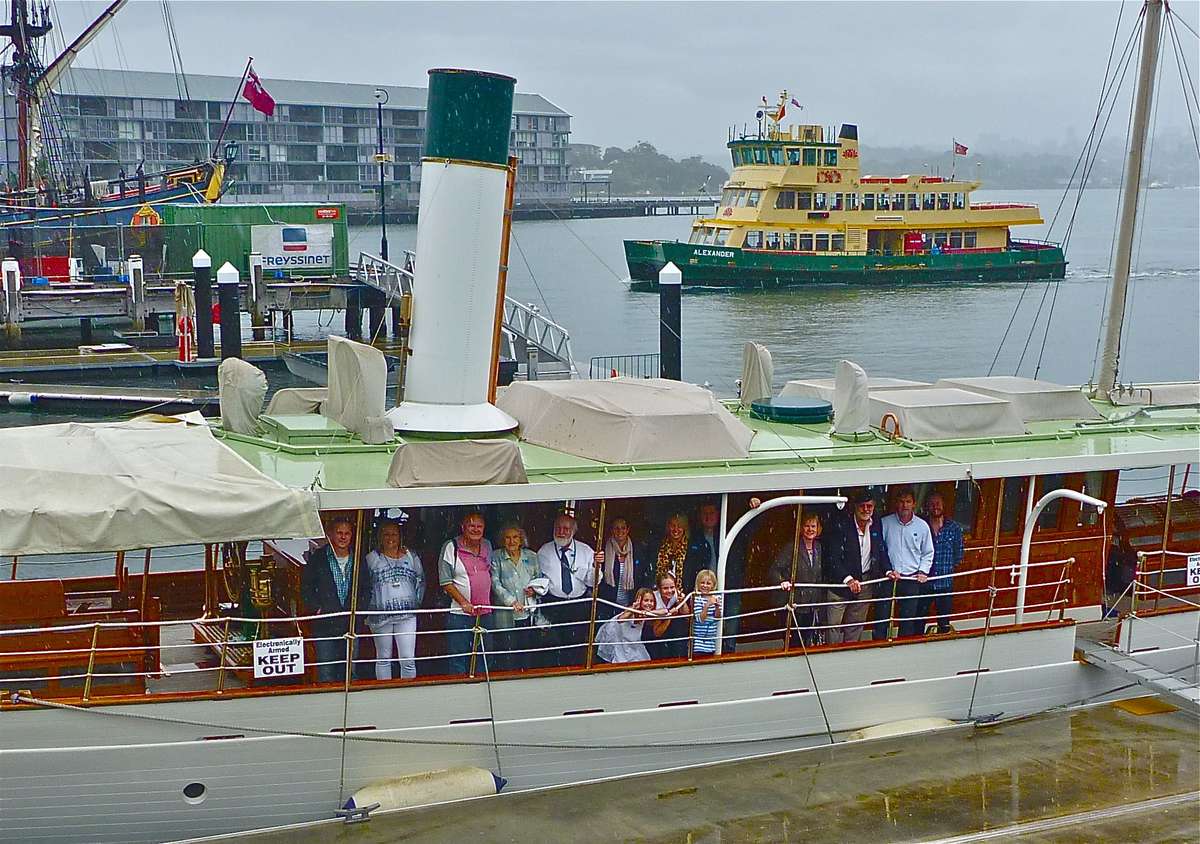 Check out this collection of photographs taken of Ena during the 1900s, donated by Elizabeth Cadden.