Ok, so we didn’t blast the cannon in the conventional sense, but stabilising a 289yr old cannon was almost as satisfying!

In June 1727, a Dutch East India Trading Company ship, the Zeewijk, was headed for Batavia (Jakarta) when it wrecked off the coast of Western Australia. The survivors made it to Gun Island and were able to salvage chests of coins and other cargo but could not float the ship. In July 1727, a longboat with 11 survivors was sent for help, never to be heard from again.

The remaining survivors were able to use salvaged materials from the Zeewijk and local mangrove timbers to construct a new ship, the Sloepie. It was in the Sloepie that the remaining 88 crew members set sail, yet only 82, of the original 208 people, made it to Batavia. It is believed that the Sloepie represents the first European-style ship constructed in Australia and with Australian timber.

In 1840 those aboard the HMS Beagle discovered relics at the camp site, and further relics were discovered during guano mining in the 1880s and 1890s. Over the years, many more objects were found until the Western Australian Maritime Museum conducted a series of expeditions on the wreck site from 1976 .

Late in 2013, during a routine survey, I discovered that the Zeewijk cannon was actively corroding and required conservation treatment to stabilise it and prevent further corrosion.

The cannon certainly reflects its history, yet it still weighs over 700kg and is almost 2.5m long.

As usual, we carried out condition reporting and photography to document the cannon prior to treatment. It was then necessary to remove the existing surface and the active corrosion immediately below the surface. If this wasn’t done, the treatment would not have successfully halted the corrosion. 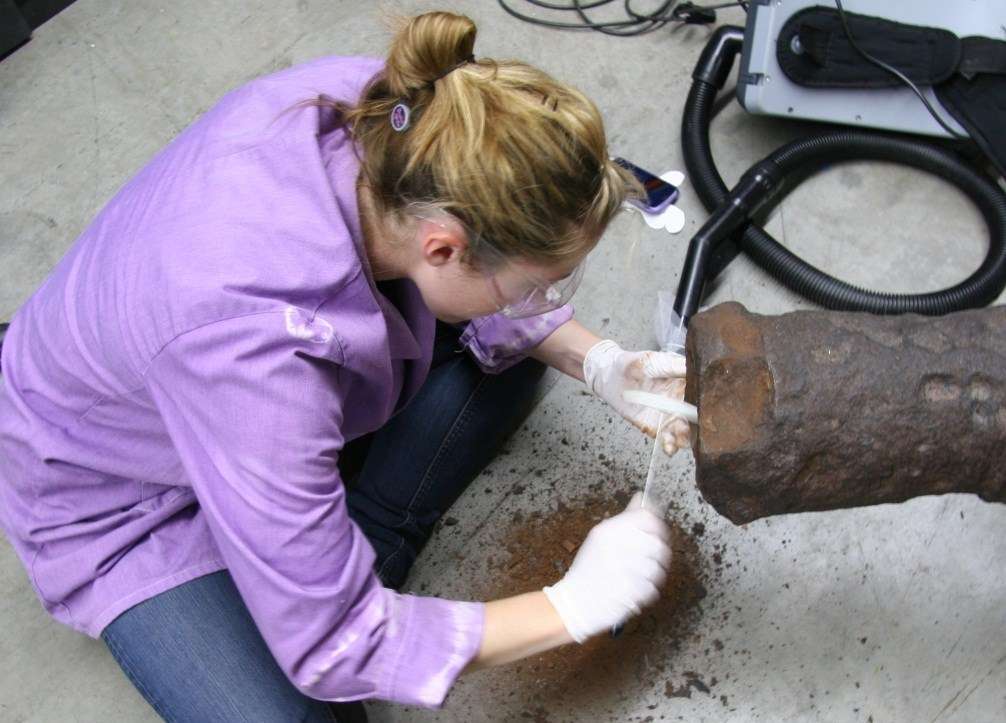 Removing corrosion from the mouth of the cannon.

Afterwards, we removed the remaining corrosion through blasting the cannon down to base metal, including inside the bore. We considered different possibilities at length, such as dry ice and bicarb soda but settled on garnet basting as the most appropriate option for this treatment, which proved very successful.

Bare metal on one side of the cannon exposed during garnet blasting.

Following blasting, I cleaned the cannon to remove all residual garnet dust, corrosion products and any possible water. I then coated the cannon with tannic acid, which converts the metal surface to a stable patina that will impede future corrosion. This treatment not only stabilised the metal but also changes the surface to a black colour, which is more consistent with the original appearance of the cannon than the bright grey of the exposed base metal.

Finally I applied a clear conservation grade coating (containing a corrosion inhibitor) to the cannon to further protect it from corrosion. A number of thin layers of coating were applied, providing a consistent and effective protective barrier. 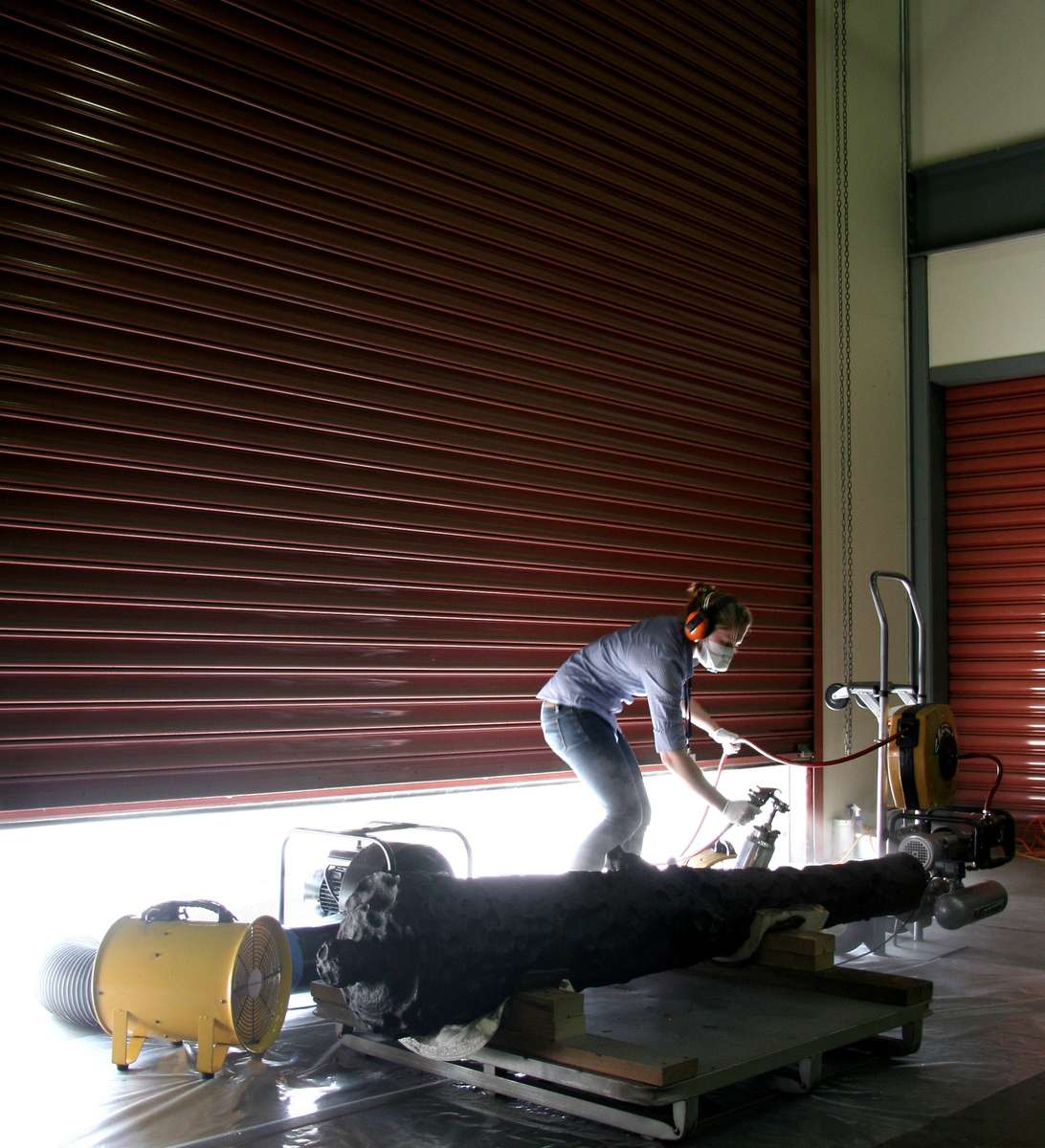 The cannon is now ready to return to storage where Conservation will continue to monitor it, but I can rest easy knowing that this unique part of Australia’s maritime heritage is stable and can be appreciated into the future.

Zeewijk cannon as of April 2014

View all posts by Guest→
Posted in: Conservation
↑