After leaving Pandora Entrance the expedition vessel Silentworld II, ably skippered by Michael Gooding from the Silentworld Foundation, motored down the outside of the Great Barrier Reef before coming abreast of the Raine Island Entrance – marked by its famous 14-metre high stone navigational tower and shipwrecked sailors’ refuge built on the Island by convict stone mason in 1844. The Island marks the confluence of the Inner and Outer Routes through the Great Barrier Reef and the reefs bordering the northern and southern entrances have been the location of a number of shipwrecks – with Great Detached Reef – having at least 15 known wreck occurrences. 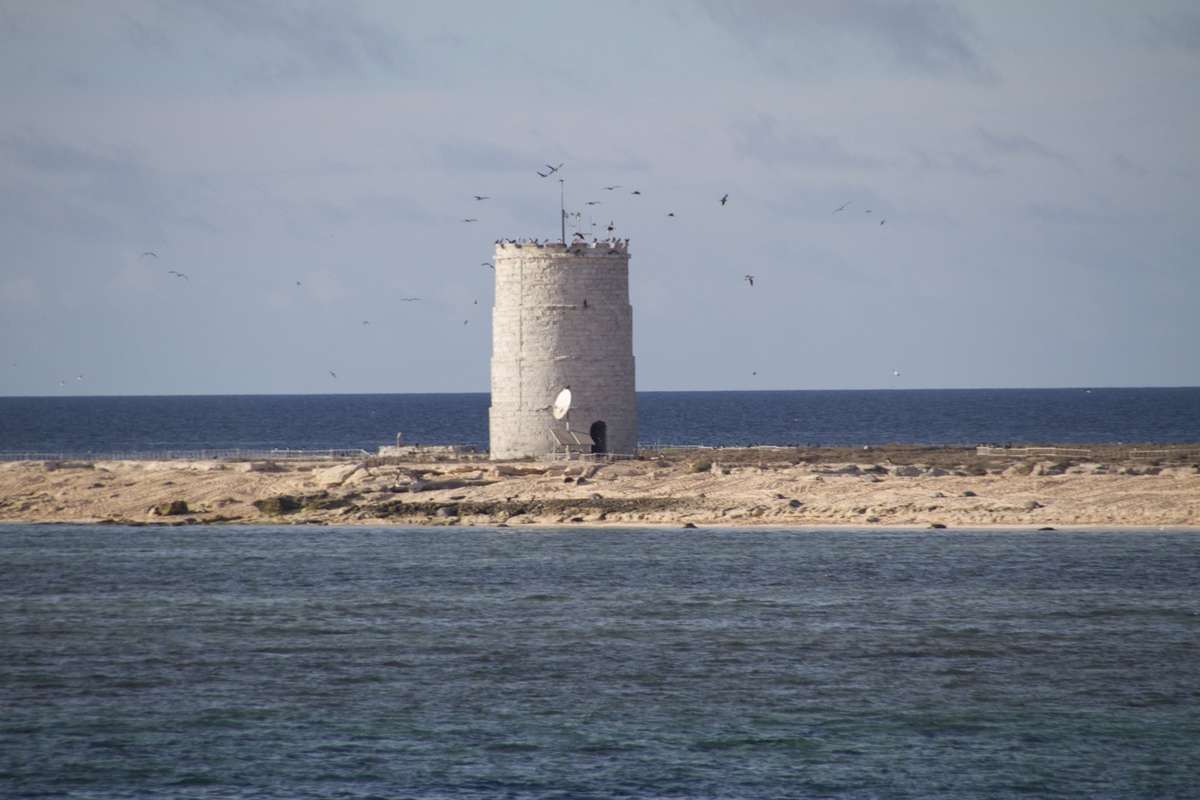 After passing Raine Island we motored around the northern arm of Great Detached and entered the protected anchorage on the south-western side of the Reef almost directly opposite an iron fluke that was protruding above the gentle surf breaking on the northern side of the arm.

Once safely anchored it was all hands on deck to unload the dive tenders, fill them with diving and surveying equipment and get the mandatory safety briefings before two teams consisting of John, Peter and Frits in the Hydra-sport and Xanthe, Glen, Jacqui, Rob, Meri and I in the Carib left Silentworld II to explore the reef.

The first team in the Hydra-sport motored along the northern arm and eastern ‘elbow’ of Great Detached Reef towing the ever faithful magnetometer with Frits keeping an eye on the screen for any magnetic anomalies.

The second team – taking a leaf out of Ben Cropp’s book on shipwreck hunting – motored down the inside of the reef at low tide – looking for any suspicious shadows, or straight lines as well as for things such as chain piles, anchors and stone ballast which may break the surface. 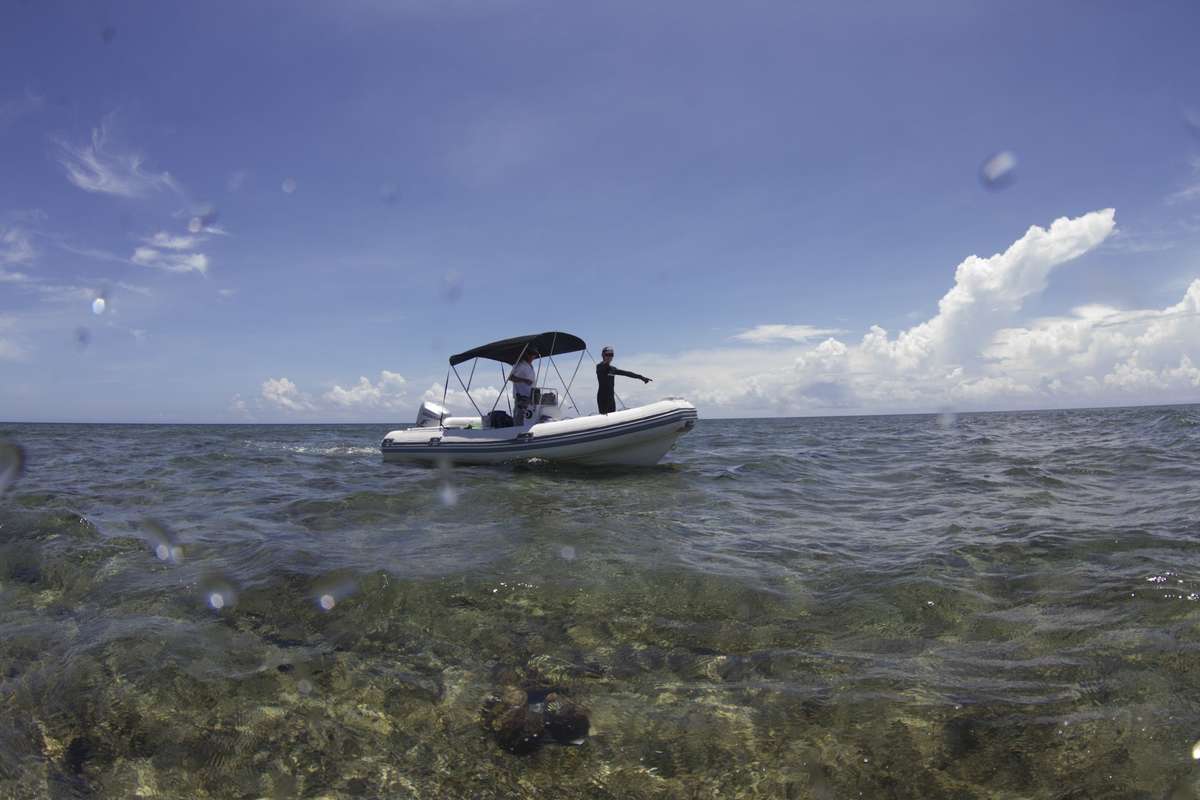 Surprisingly quickly both teams began to locate and buoy obvious shipwreck material  including a large shipwreck site on the northern arm comprising two large anchors, numerous runs of iron chain and piles of stone ballast, two sites on the eastern ‘elbow’ comprising several anchor clusters, iron kentledge (large iron ingots used as ballast), stone ballast, iron knees (a bracket used in shipbuilding to support the ship’s deck), and several carronades (a type of cannon developed in the late 18th century and carried on board ship up until the mid-1860s). 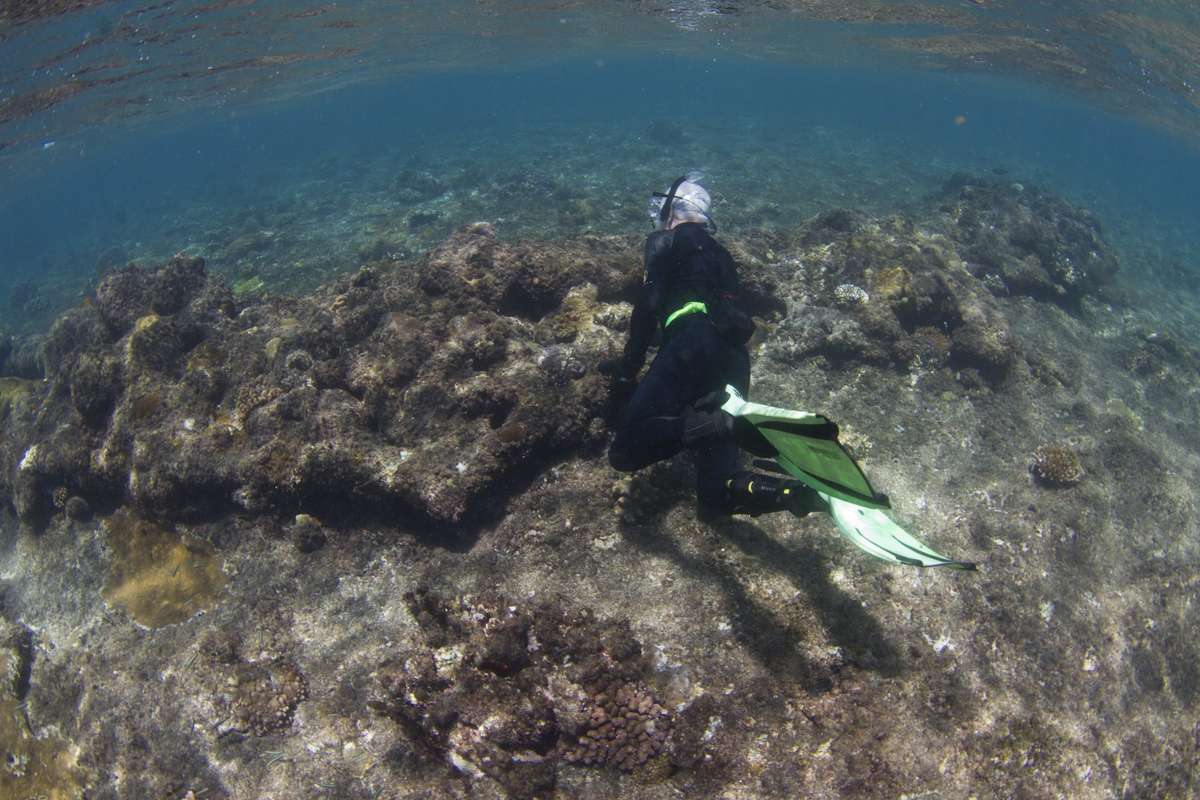 Although we know some of the wrecksites – such as the Charles Eaton and the Fatima – had been originally found by Ben Cropp and several were subsequently surveyed by the Queensland Museum – the perfect weather conditions we were experiencing allowed us to get right out onto the exposed reef edge and beyond – hopefully permitting us to locate and survey new material and sites.

With a helping hand coming tomorrow – in the form of Bungee and his helicopter –who had agreed to fly over Great Detached and several other reefs for us and subsequently report back to us on any strange shapes and shadows he saw in the shadows and with at least six wreck sites relocated and several new ones possible located tomorrow was going to be a busy day.