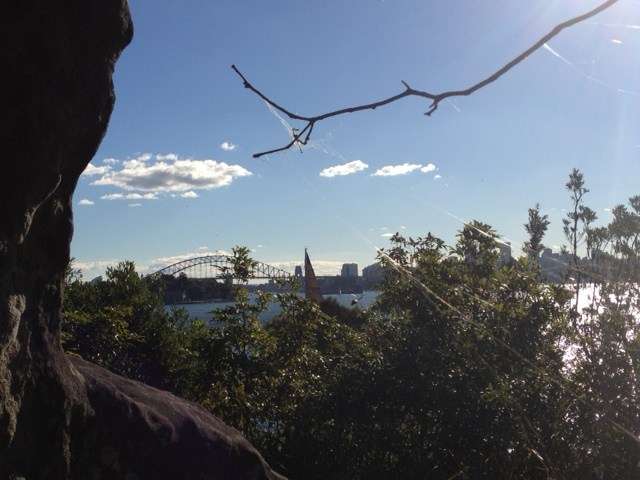 On Sunday July 7 – while surfers braving the winter waters at Bondi were surprised by a southern right whale just metres from the shore – a group of Australian National Maritime Museum members were taking a cruise on Sydney Harbour aboard the Mari Nawi. It was one of those glorious sunny winter days when Sydney Harbour literally sparkles in its magnificence.

The members tour was organised as part of the museum’s NAIDOC week activities. We first met at the Tasman Light gallery in the museum and had a look at the Saltwater Barks on display. Then we were met by the crew of the Mari Nawi at the museum wharves and set off towards Clarke Island. 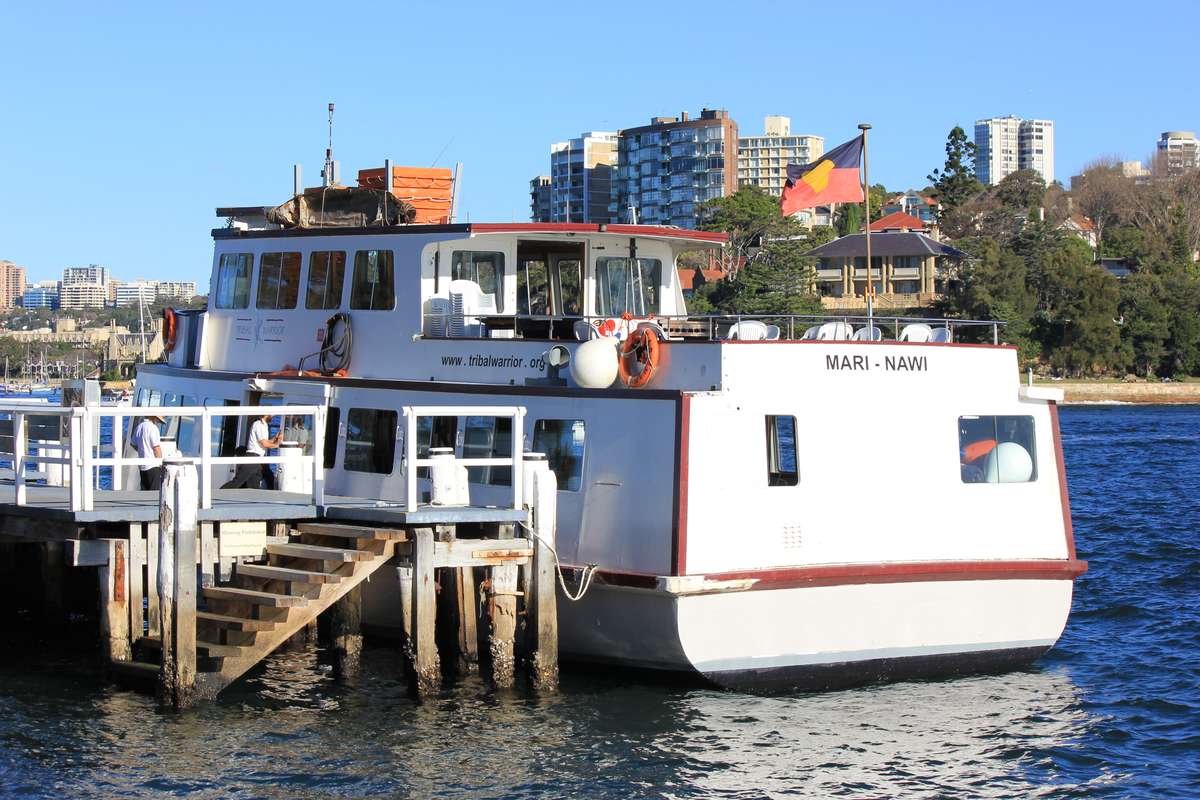 Mari Nawi means ‘big canoe’ in the Sydney Aboriginal language. It was a term given by the Sydney locals to the vessels of the first Fleet when they arrived in Sydney in 1788. This modern day Mari Nawi is run by the Tribal Warrior Association, who conduct Indigenous focused educational tours of Sydney Harbour, as well as run training and mentoring programs for Indigenous youth.

The guys from Tribal Warrior were prominent in the museum’s Nawi conference in May 2012. One of their bark canoes – nawi – that was a stunning sight being paddled across Darling Harbour with a fire lit aboard at night, sits proudly atop the Mari Nawi. 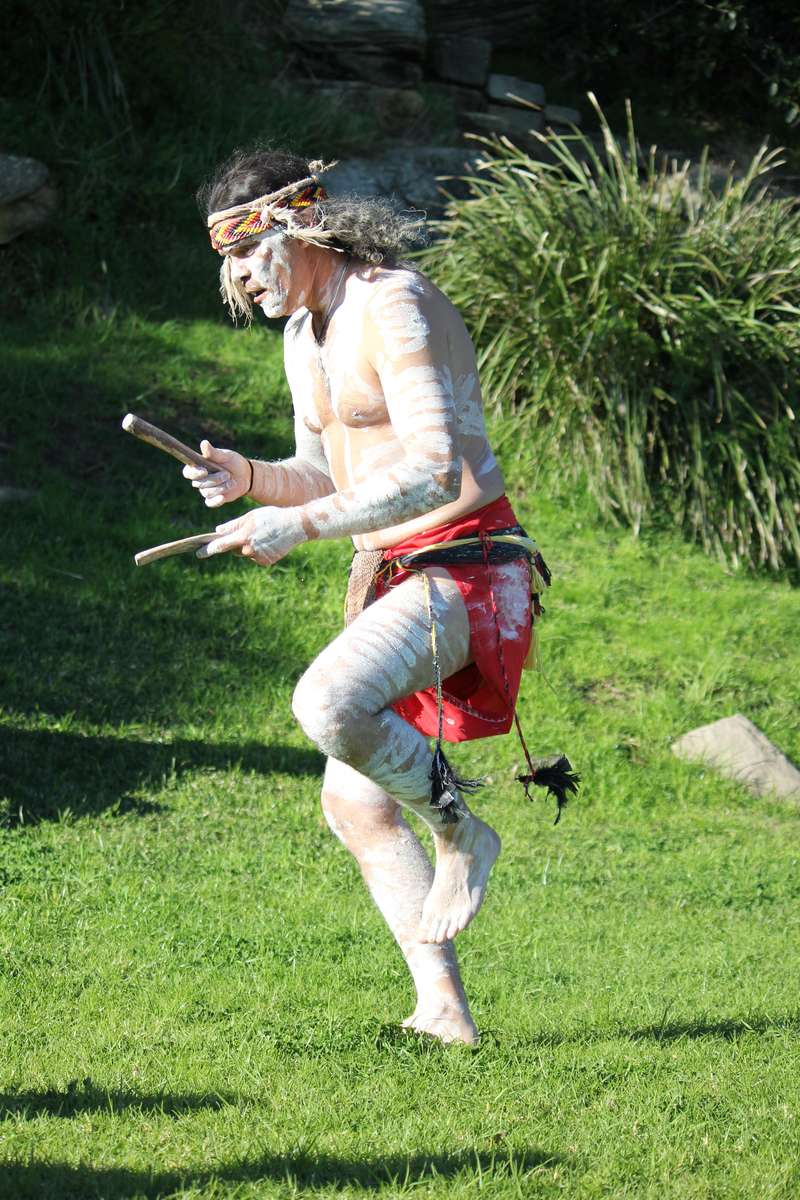 On the way to Clarke Island Glen Doyle gave the members a wonderful talk about Sydney Harbour’s Indigenous history. He pointed out Bennelong’s famous headland and told us the Gadigal name for Circular Quay – Warrang. He talked about the skills of Aboriginal women fishing from their nawi in the harbour and many other stories of of the traditional owners of Sydney.

We disembarked at Clarke Island - part of the Sydney Habour National Park – and Glen took us on a tour around the island pointing out some native plants and trees and their uses. He then performed several dances and we returned to Darling Harbour. The members I spoke with were all raving about what an enjoyable trip and a great learning experience it was and asking when we could organise another one! 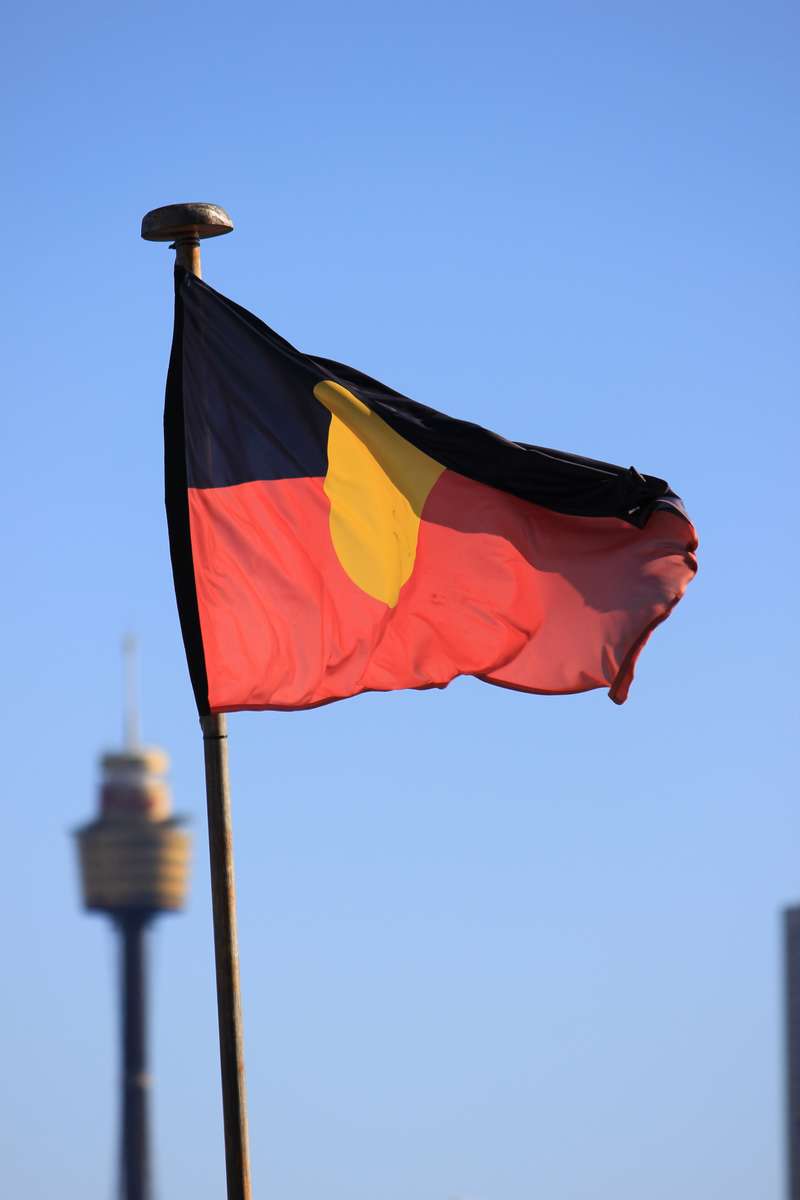 View all posts by Stephen Gapps→
Posted in: Events , Indigenous