Earlier this month I was delighted to receive a copy of the new book by award-winning author Nadia Wheatley called Australians All: A history of growing up from the Ice Age to the apology (Allen & Unwin 2013). The book explores the history of growing up in Australia through 80 personal stories, ranging from prominent people such as Ethel Turner and Eddie Mabo, to many lesser-known Australians. 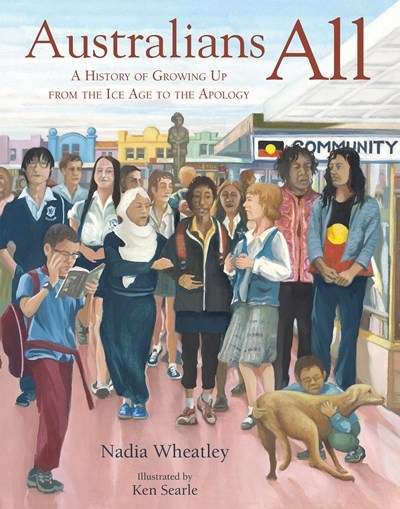 The stories are set against a chronology of significant events including the arrival of the first boat people, the gold rush, the Great Depression, the two world wars, the Vietnam War and the national apology to the Stolen Generations. They are woven together with a rich selection of historical images as well as evocative new illustrations by artist Ken Searle.

In Australians All, Nadia Wheatley has effectively situated personal lived experiences within a broader context of local, national and international histories. This helps to reinforce the notion that history is not a series of disparate events but a fascinating intersection of stories, causes and effects that have resonance in both local and global communities. Wheatley has also succeeded in drawing out shared childhood experiences across place and time, cultures and generations, and because of this I think Australians All will become a very valuable social history resource for young readers today and in the future.

One thing that makes this book even more special is that it features the story of sisters Dzung and Dao Lu, who fled South Vietnam with their family in 1977 in the fishing boat Tu Do, which is now part of our museum’s floating vessel collection. Dzung and Dao’s father, Tan Lu, had built Tu Do (meaning ‘Freedom’) at the end of the Vietnam War, specifically to escape life under the new communist regime. 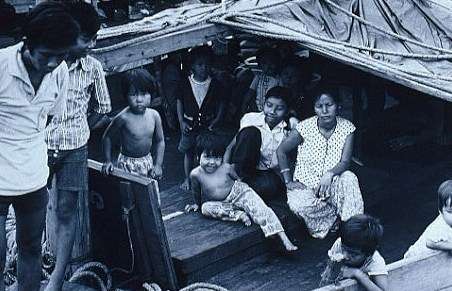 Tan Lu (left) and Dzung and Dao (standing and sitting on hatch) on Tu Do, 1977. Photographer Michael Jensen. ANMM Collection

Prior to departure in September 1977 Tan staged an engine breakdown so that surveillance of Tu Do would be relaxed. He installed a more powerful replacement engine and his group of 38 passengers set off in the dark. Dzung, six, and Dao, four, had been given cough medicine to keep them quiet, and chaos erupted several hours out to sea when they realised Dzung had been left behind! They returned to find her, crying and mosquito-bitten in the mangroves. The voyage resumed, with Tu Do eventually making landfall near Darwin on 21 November 1977. The Lu family were transferred to a migrant hostel in Brisbane and were later granted asylum. 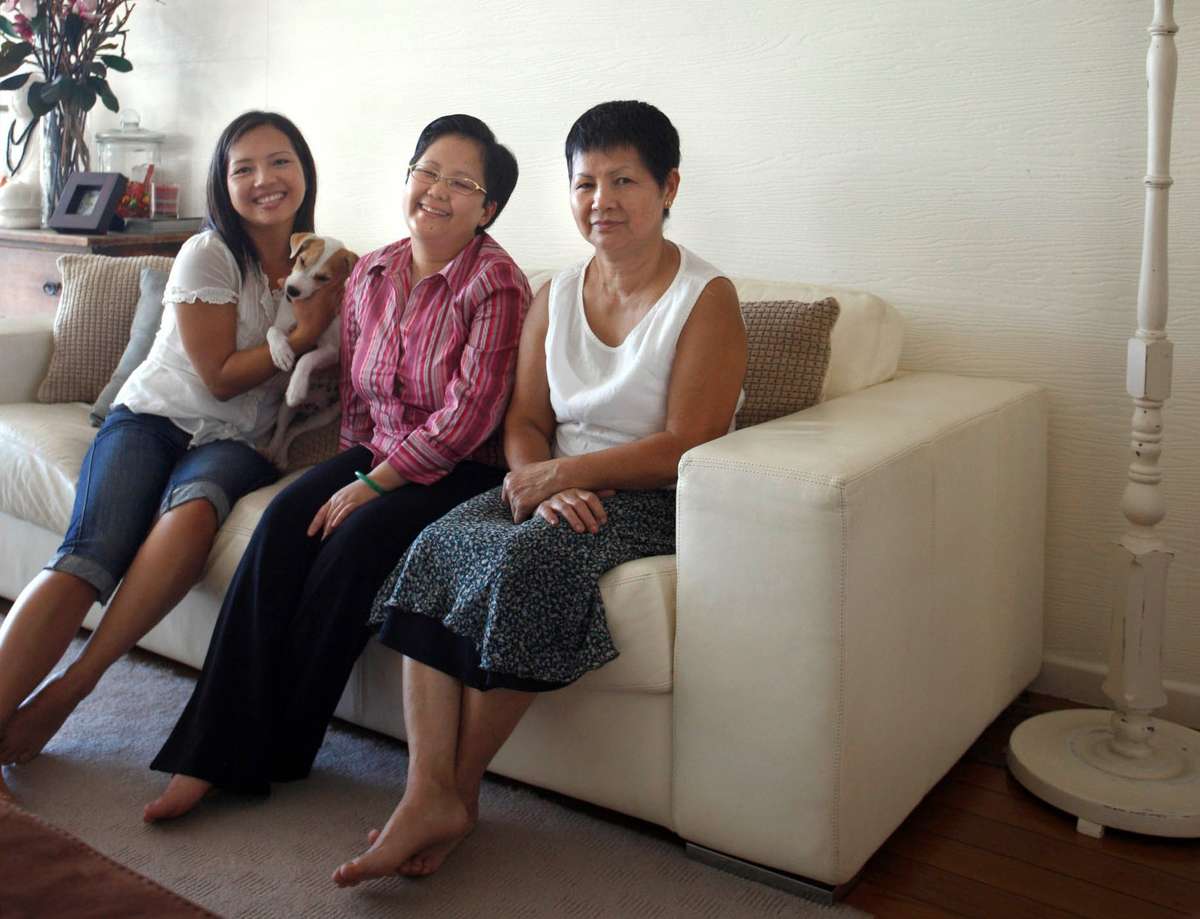 Dzung and Dao Lu were among the 137,000 Indochinese refugees who were resettled in Australia in the 1970s and 1980s. Their story, along with others in Australians All, highlights the importance of childhood journeys and experiences in shaping, and understanding, our national history. The museum is pleased that this story will be more accessible to younger audiences. 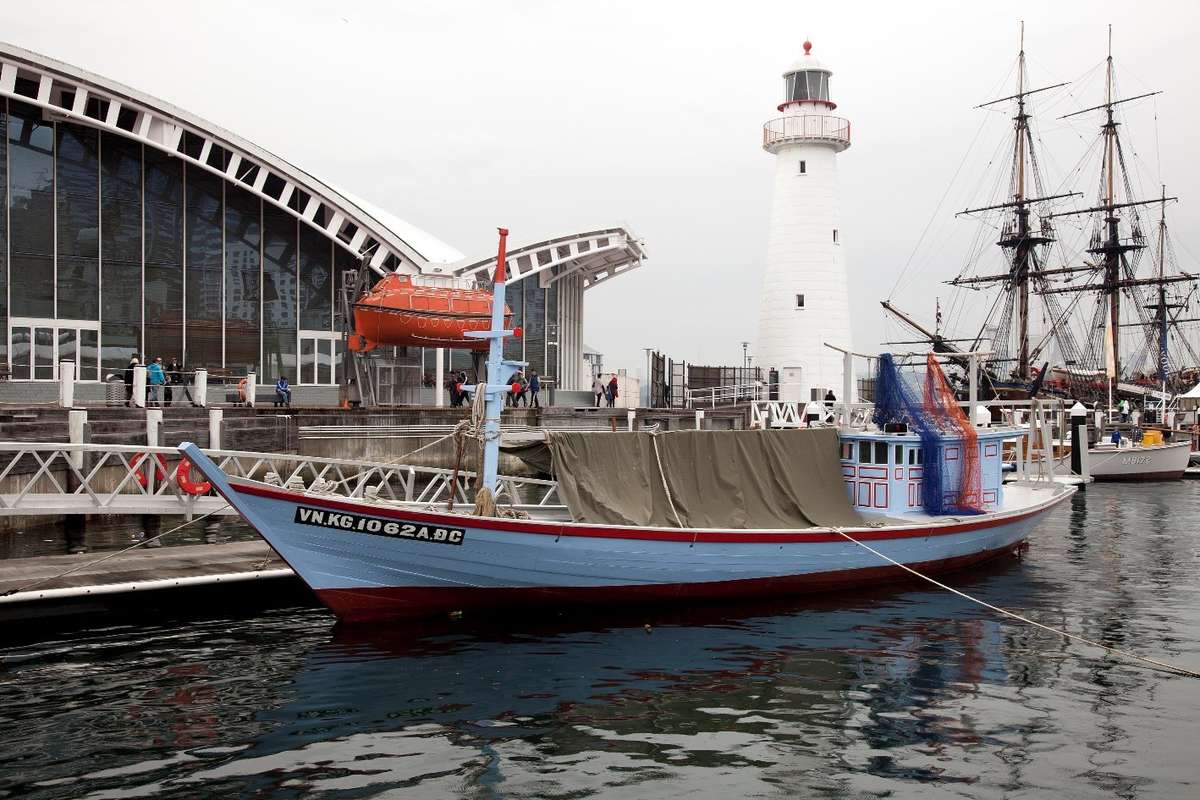 The restored Tu Do at the museum, 2012. Photographer Andrew Frolows

The fishing boat built by Dzung and Dao’s father is now displayed at the museum’s wharves and stands as testament to the courage, hope and ingenuity of all refugees. You might like to visit Tu Do during Refugee Week, which runs from 16-22 June 2013, and celebrate the many contributions made by refugees to Australian society.

View all posts by Kim Tao→
Posted in: From the collection , Vessels , Tu Do , Migration
↑