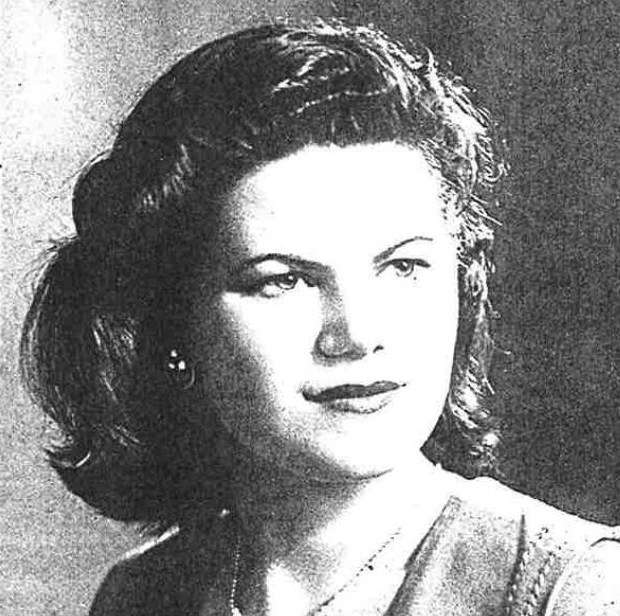 Imagine you are a young woman. You are about to leave your family and your home and embark on a long voyage to a strange country to settle with your fiancé, who you have not seen for five years. This is Lina Cesarin’s story.

Lina Cesarin came from a small town in Casarsa in the province of Pordenone, Italy. Her father sailed to the USA in search of work, leaving her mother to raise Lina and her siblings. When Lina was 17 years old, she met Rizzieri Cesarin. After a brief courtship, they were engaged for a year before Rizzieri was invited to sail to Australia in search of ‘la bella vita’ (the good life).

In 1951, Lina farewelled her beloved Rizzieri, who had made a promise to send for her when he was well established in Australia. Rizzieri paid for his ticket on SS Surriento and arrived in Sydney on 18 June 1951. After working in Sydney for a couple of months, Rizzieri moved to Cooma in southern New South Wales, where he helped establish base camps for workers on the Snowy Mountains Hydro-Electric Scheme. During this time, the couple wrote letters to each other and Rizzieri described the challenges of working in Cooma and his hopes for establishing a comfortable home for his bride. 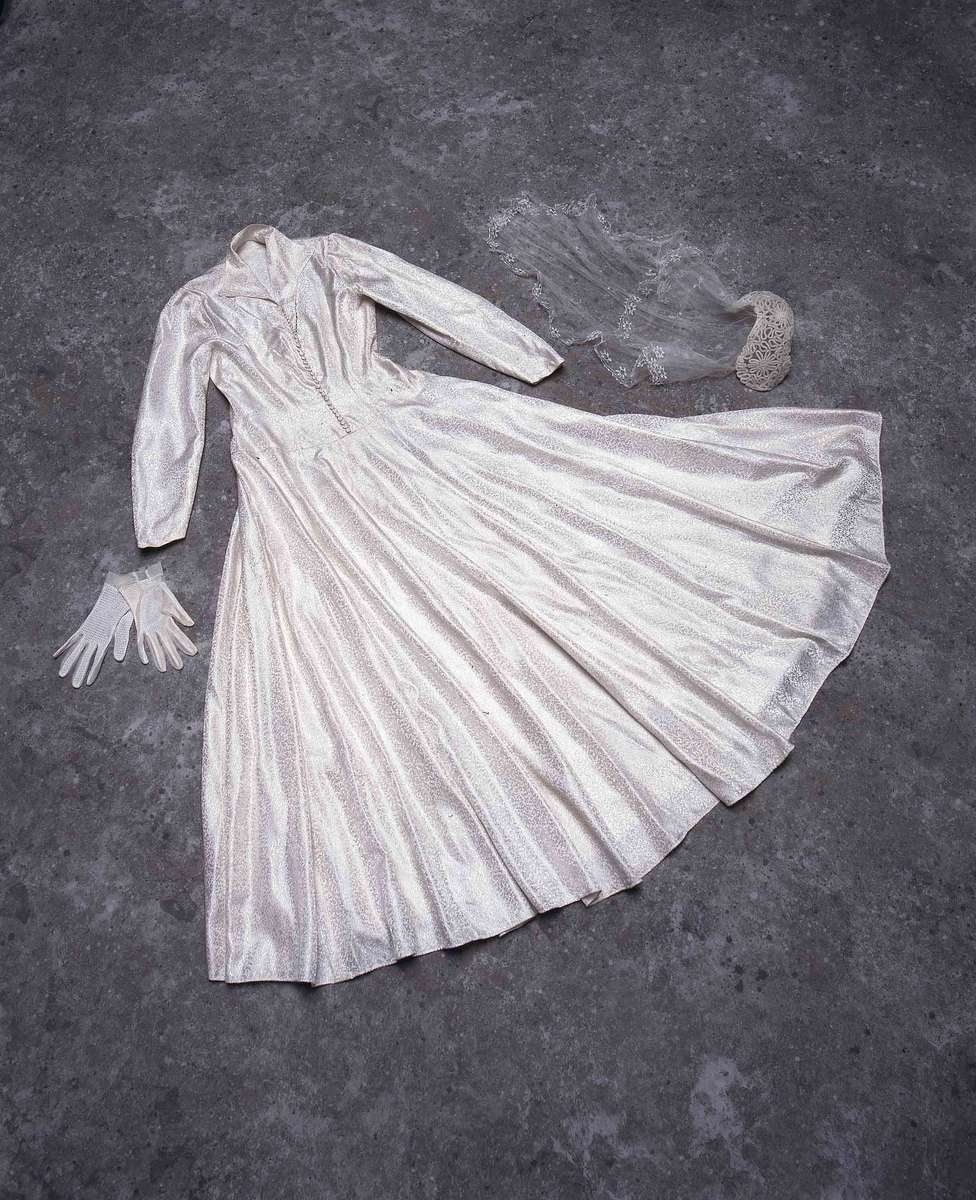 In 1956, the time finally came for Lina to leave her home for Australia. After a heartbreaking farewell to her mother, Lina boarded SS Neptunia, alone, with no friends or relatives on board. On 9 July 1956, Lina arrived in Sydney and was reunited with her fiancé. Just two days later, on a cool winter’s day, Lina made her way to a church in Leichhardt, wearing this beautiful ivory satin dress, with a white lace veil and a pair of gloves. Within a few hours, Lina and Rizzieri were married.

Lina’s experience was not unusual. During the late 1940s to the 1950s, Italian immigration to Australia peaked following the devastating economic impact of World War II. Unlike Lina, some brides came to Australia to meet their husbands for the first time. They were proxy brides, who had participated in a marriage ceremony back in their hometowns with an elected relative, acting as a ‘stand-in’ groom for their absent fiancés. These proxy marriages were arranged based on a few key factors. A young man would write to his family back in Italy, expressing a wish to marry a ‘respectable’ woman who came from a nearby village and most importantly, a ‘good family’. Letters were sent, photos exchanged and the ceremony conducted. When the bride embarked on the voyage to Australia, her husband would be waiting to greet her at the port and they would be introduced for the first time as husband and wife. This process may seem archaic today; however, it must be seen in light of the strong sense of duty held by these women and men. The concept of ‘mia famiglia’ (my family) remained a pervasive and central force within Italian communities, and it motivated migrants to send for a bride with common expectations and values from their homeland, to start a new life in Australia.

This dress is a treasured symbol of the many Italian brides who sailed to Australia, uncertain about how life would turn out in their new country and also, with their new husbands. Lina’s story and the experiences of the proxy brides are an important part of Australia’s migration history. They represent a time when ‘bride ships’ were welcomed to Australian shores by crowds of hopeful fiancés and husbands. These couples went on to establish vibrant social and cultural traditions that contributed significantly to Australia’s dynamic multicultural community.