At the wharves of the Australian National Maritime Museum sits a small unassuming Japanese fishing vessel. Next to the destroyer HMAS Vampire and the submarine HMAS Onslow, the craft looks even less impressive. However it certainly deserves its place as a historic vessel, as a symbol of one of Australia’s most daring wartime undercover operations and as a reminder of an ill-fated and tragic sequel. 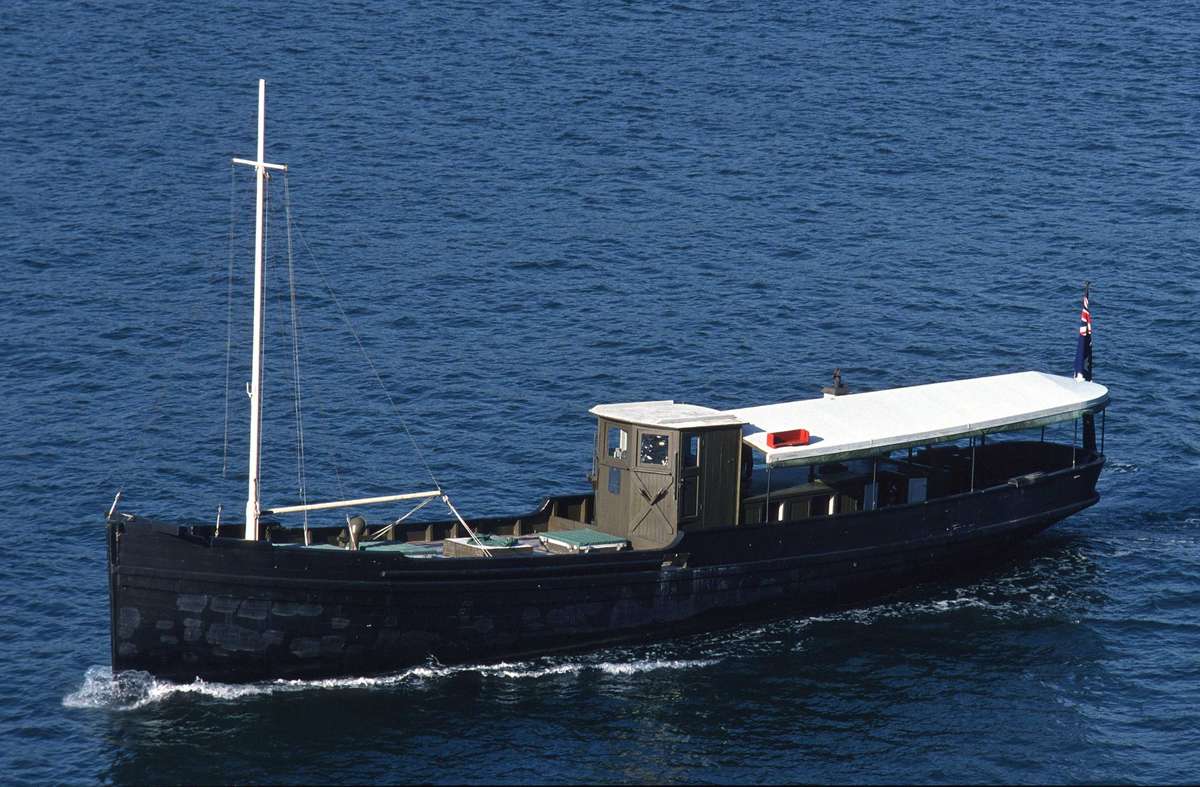 The little fishing boat was known originally as Kofuku Maru, and by the time it came into the possession of the Australian military, it already boasted an adventurous history, having assisted in the evacuation of civilians from Singapore in 1942 (a story for another blog perhaps). In 1943 a plan was devised to infiltrate Singapore Harbour in a clandestine attack on Japanese shipping. The operation was codenamed Operation Jaywick and required Allied commandoes to sail to Singapore disguised as a Japanese fishing crew, enter the harbour and use delayed action explosives to destroy enemy cargo ships. Kofuku Maru was to be used to maintain this disguise and so the vessel was refitted and renamed Krait, after the deadly Indian snake.

The 14-man crew was led by an Englishman, Major Ivan Lyon and comprised a mix of British and Australian Navy and Army personnel. On the night of 26 September 1943, after sailing the vessel from Australia, six operatives set forth from Krait in folboats and paddled into Singapore Harbour. Under the cover of darkness the men attached limpet mines to Japanese ships before returning to Krait. The mines detonated at 5 am on 27 September, damaging and destroying some 39,000 tons of Japanese shipping including the 10,000-ton tanker Sinkoku Maru. For a brief and tense moment on the journey back to Australia Krait was trailed by a Japanese ship, but they were not challenged and returned safely to Australia. The operation was an Allied success, and most members of the party were decorated with military honours.

Inspired by Operation Jaywick, a second raid on Singapore Harbour was planned. Known as Operation Rimau and led again by Ivan Lyon, this raid also required the group to take on the appearance of a local fishing crew. This time however, the men would make the final approach into the harbour using new one-man motorised submersible boats known as Sleeping Beauties, the design of which was top-secret. Of the 23 men selected to join the crew of Operation Rimau, six were original members of the Jaywick raid.

In September 1944 the British submarine Porpoise transported the men of Operation Rimau to the island of Merapas in the Rhio Archipelago, which was to become a base for the raid. An Indonesian junk, Mustika, was seized and the vessel’s Malaysian crew was replaced by Rimau members, with about four left ashore at Merapas to guard supplies. On 1 October 1944 Porpoise parted ways with Mustika, having made arrangements to collect the crew at Merapas on or within a month of 8 November.

However, on 21 November 1944 when an Allied submarine returned to Merapas to make the rendezvous, they found the island deserted along with evidence that the men had left in haste around two weeks earlier. The submarine departed the island and until the end of the war, nothing was known nor heard of the 23 men of Operation Rimau.

With the Japanese surrender and the end of the war in the Pacific in August 1945, fragments of information began to arise relating to Ivan Lyon and his crew. Between various eyewitness statements and translated Japanese documents, a tragic story began to emerge.

On 6 October 1944 Mustika, only hours from beginning the raid, had been approached just outside Singapore Harbour by a Malaysian police launch. The Rimau members opened fire and with their cover lost, Lyon abandoned the operation. He then gave orders to withdraw to Merapas in four parties, destroying Mustika, her cargo and the top-secret Sleeping Beauties. However Lyon’s group was intercepted and he was killed in action on Sole Island, along with another officer. The remaining members reached Merapas where they were discovered by the Japanese on 4 November. A battle ensued, and the group was forced to leave the island and fight their way south. After two months of exhausting fighting and island hopping, 11 men were taken prisoner (one of whom died in captivity) and 12 had been killed in action. Those who had been captured were moved to Singapore and handed over to the Kempeitai, Singapore’s ruthless military police. On 7 July 1945, only a month before the end of the war, they were executed.

What went so wrong for this operation? Why had Rimau failed so tragically where Jaywick succeeded? Perhaps there is something in the suggestion that the larger crew (23 instead of 14) made the party more conspicuous. Some reports also indicate that one of the men had panicked when the Malaysian police boat approached, and fired his gun early – sparking an unnecessary gunfight that led to one of the Malays escaping to alert authorities. The men’s luck continued to plummet after the plan was aborted. The rescue submarine’s commander has come under suspicion for not meeting the rendezvous on 8 November (arriving two weeks late) and for not staying in the area to be available to survivors each night for one month. Additionally, due to the fact that the men who were captured were not in military uniform, and wore no signs of rank, they were not given prisoner of war status. This almost certainly accelerated and confirmed their execution.

A copy of a letter to the parents of one of the members of Operation Rimau (in a file relating to Rimau personnel held by the National Archives of Australia) explains heartbreakingly that although their son was highly courageous, and his death and service indeed appreciated, he is not eligible for any military honours. Perhaps the tragedy of Operation Rimau was simply due to bad luck, as the letter states:

it was a very gallant venture and which with a little good fortune would have been recorded in history as one of the most brilliant, daring and valuable episodes of the war.

View all posts by Nicole and Penny→
Posted in: From the collection , Vessels , Navy and defence
↑