Tonight we are launching a colourful new roof projection called Threads of Migration. This four-minute animated show takes inspiration from the patterns and textures of the museum’s textile collection to illuminate our rooftop with a vivid patchwork of immigrant stories.

Textiles are an evocative symbol of migration, memory and cultural identity. Tactile and portable, they are intricately connected to narratives of place. From clothing to handcrafts, quilts to handkerchiefs, textiles have been packed for migrant journeys as markers of domesticity, warmth and making oneself at home in a new land. They also feature prominently in stories of displacement and survival – how often have we heard that someone ‘arrived with only the clothes on their back’? 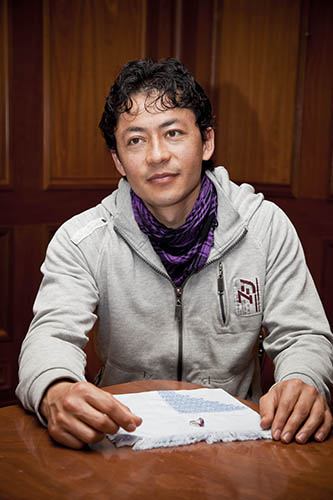 In 2009, 16-year-old Afghan refugee Hedayat Osyan fled Taliban persecution with the clothes on his back and a traditional Hazara handkerchief, which provides the opening sequence for Threads of migration. The embroidered handkerchief, handmade by his younger sister, was a source of comfort and familiarity during his difficult journey to Australia via Malaysia and Indonesia, which ended with a rescue at sea by the Royal Australian Navy and transfer to Christmas Island. Hedayat was eventually resettled in Australia and his handkerchief, now part of the National Maritime Collection, is a compelling symbol of freedom. 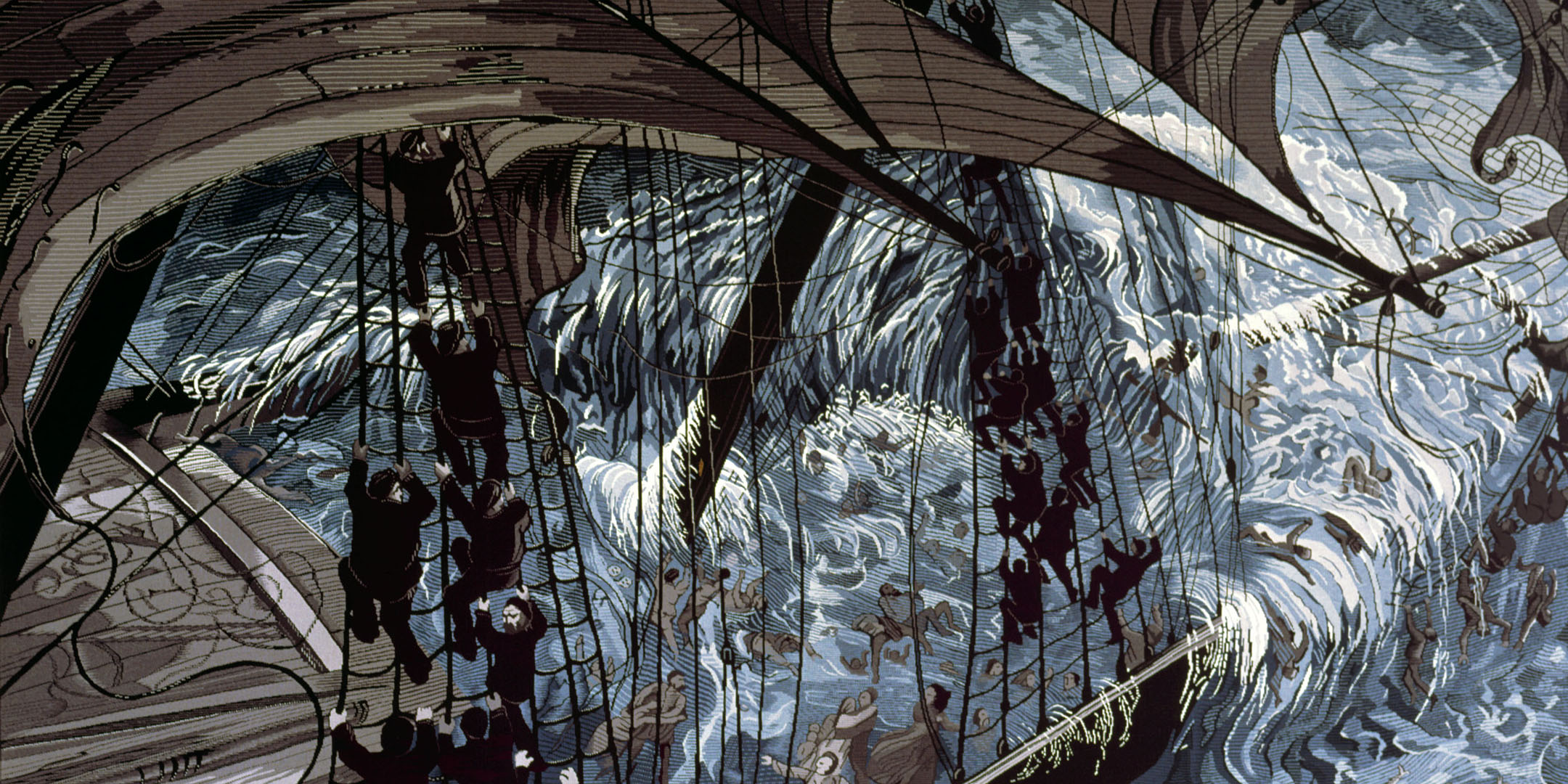 Woollen tapestry titled Disaster at sea, woven by the Victorian Tapestry Workshop from a concept by Murray Walker, 1989. ANMM Collection 00015661.

Other textiles showcased in Threads of migration traverse the intimate and the monumental – from a delicate lace wedding handkerchief carried by Valerie Lederer as a good luck charm during her escape from Nazi-occupied Austria in 1938, to a dramatic representation of the wrecking of the British Admiral off King Island in Bass Strait in 1874. Rendered in woollen tapestry in a subdued palette of blues and blacks, it is a sobering reminder of the dangers of travel by sea in the 19th century. 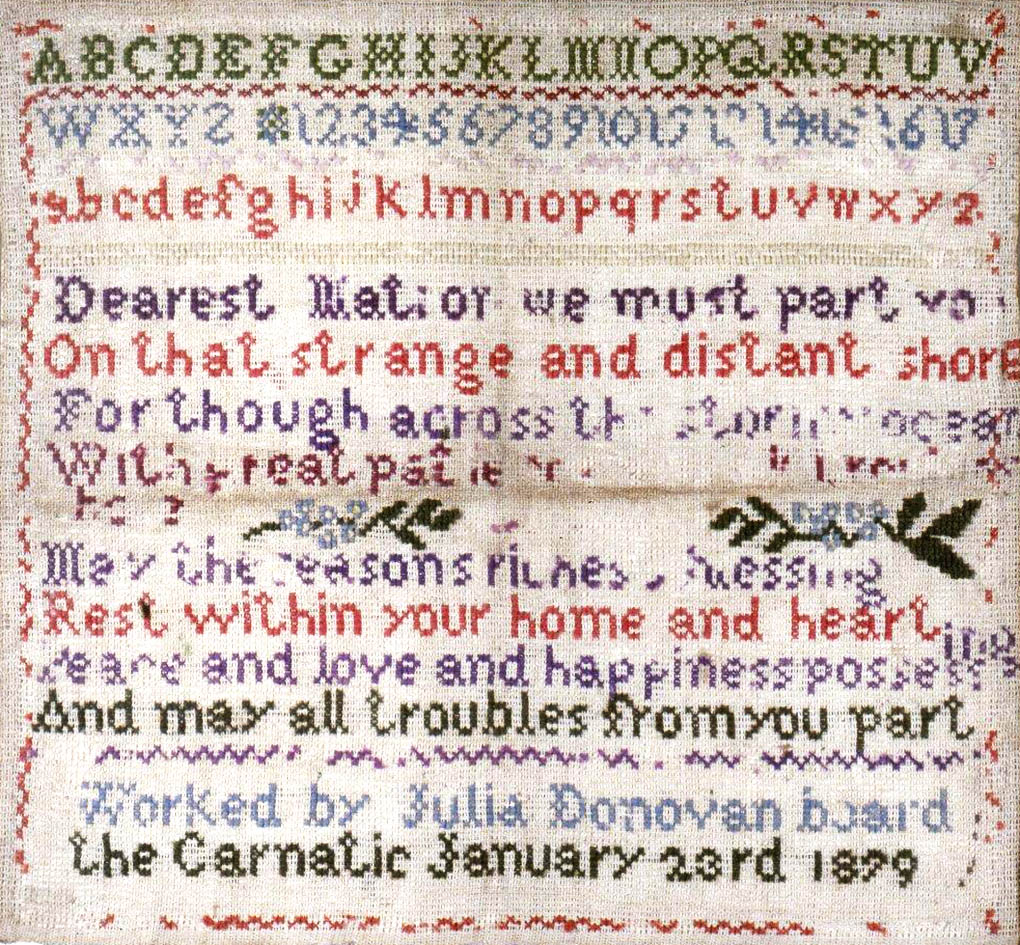 Embroidered sampler made by Julia Donovan on board Carnatic, 1879. ANMM Collection 00019540.

Other works illustrate shipboard pastimes, including an embroidered sampler made by 19-year-old English immigrant Julia Donovan on board the Carnatic in 1879, and a handkerchief decorated by British migrants on Strathallan in 1939, with caricatures of Adolf Hitler alluding to the growing tensions in Europe before the outbreak of the Second World War. Also included is the iconic Rajah quilt created by female convicts during their voyage from England to Van Diemen’s Land on the Rajah in 1841, now in the collection of the National Gallery of Australia and used with their kind permission. 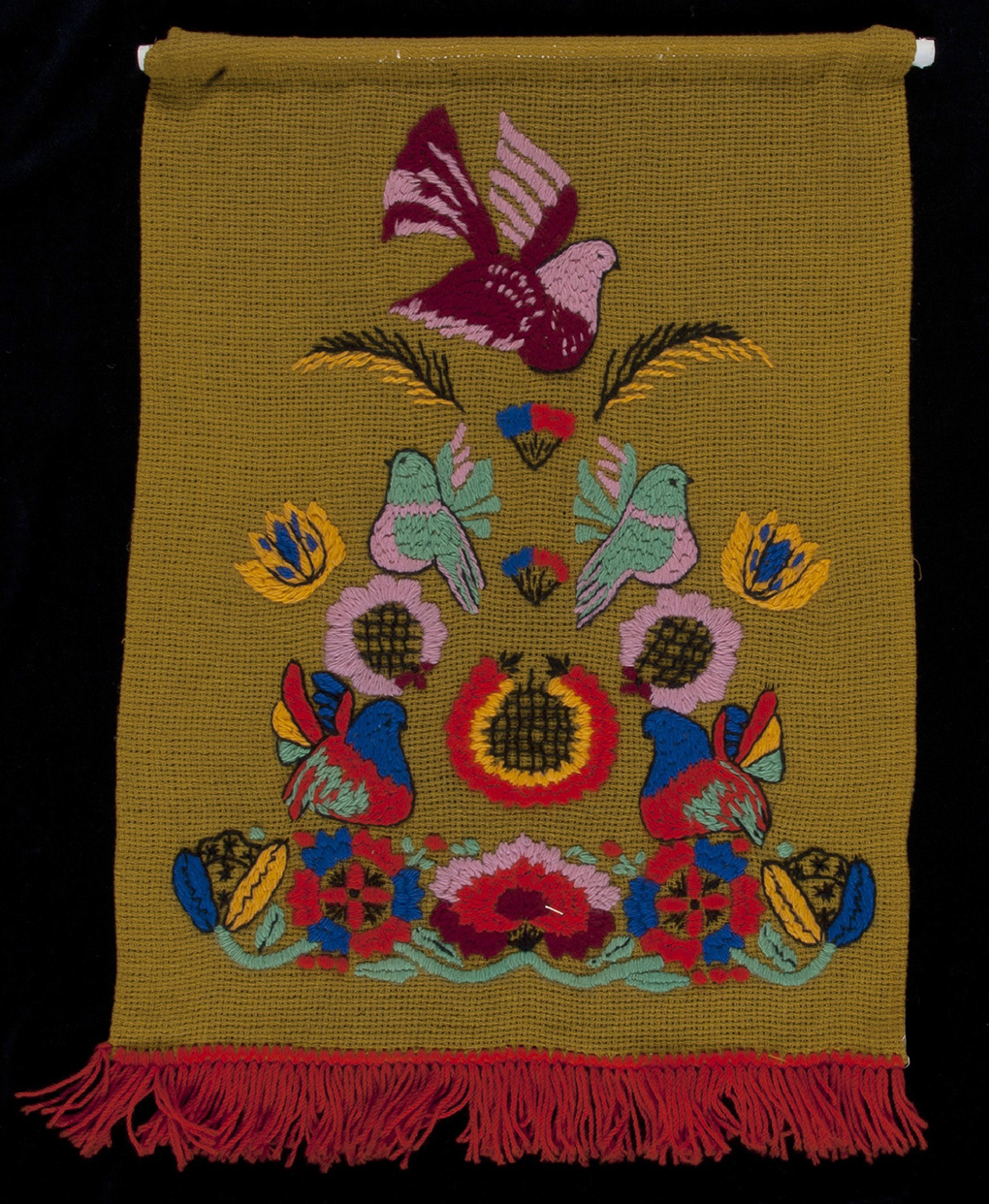 One of my favourite pieces is a splendid wall hanging made by Estonian immigrant Magda Mihkelson in Australia in the 1960s. The wool tapestry merges traditional Estonian floral motifs from a distant ancestral homeland with the brightly coloured parrots from Magda’s Australian garden. It’s a perfect metaphor for the rich Australian tapestry that has been woven through immigration, and speaks beautifully of hybridity and transnational lives embedded in threads of migration.

View all posts by Kim Tao→
Posted in: Events , Welcome Wall , Migration , From the collection 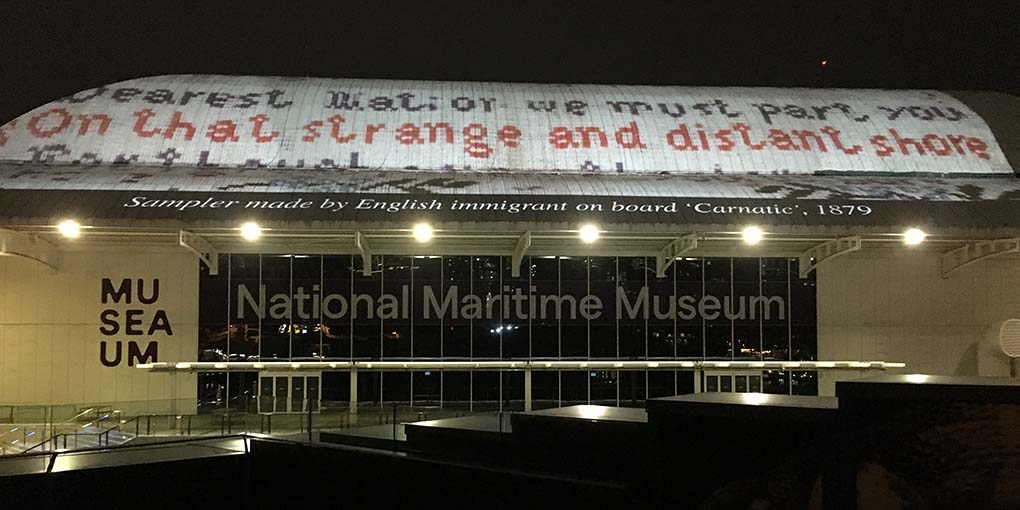 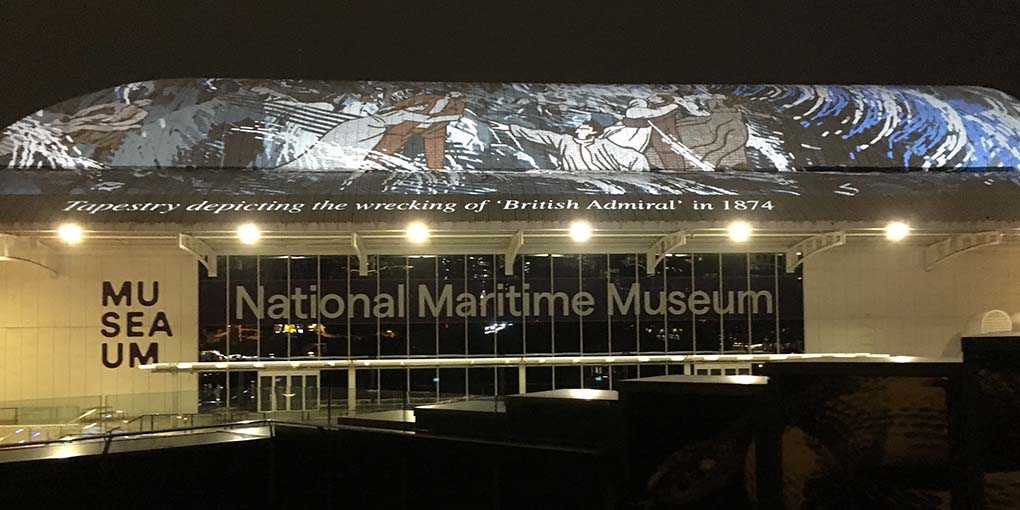 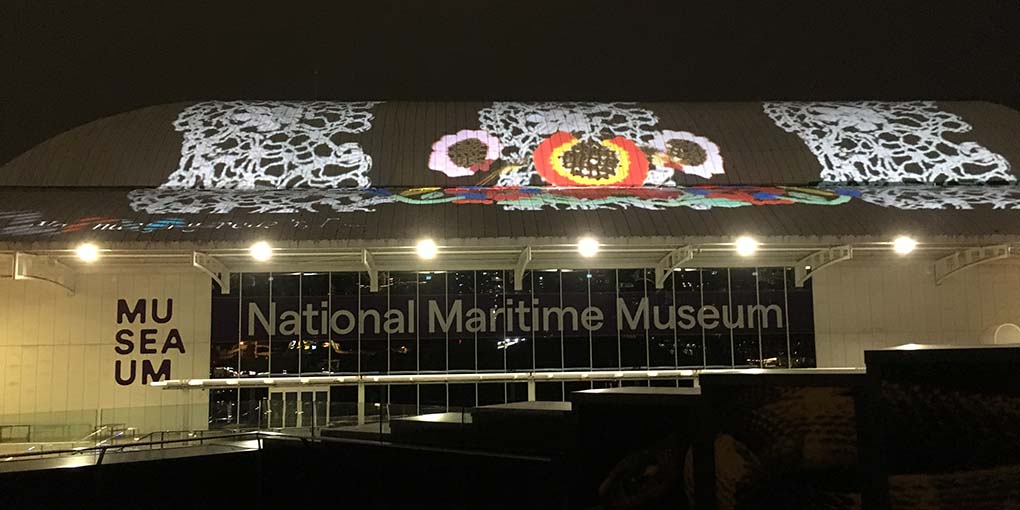 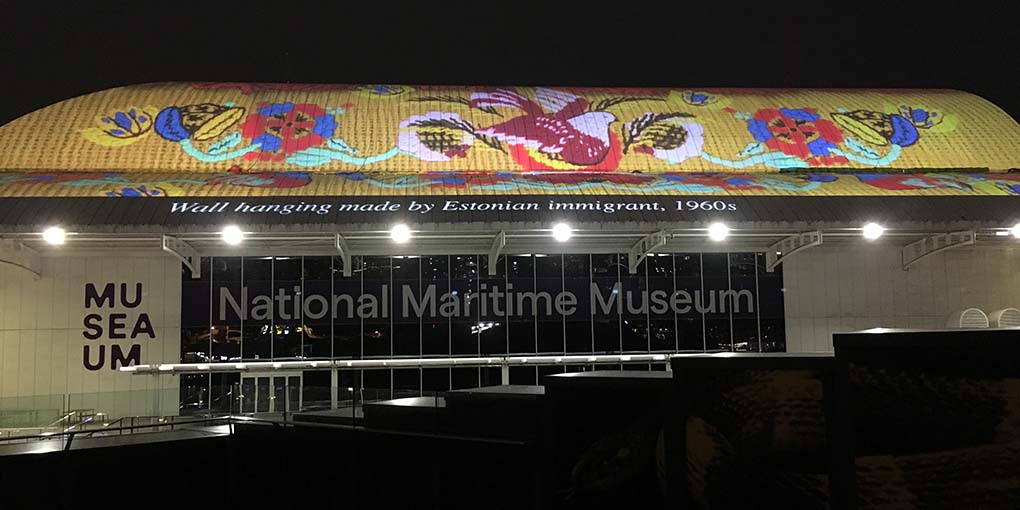 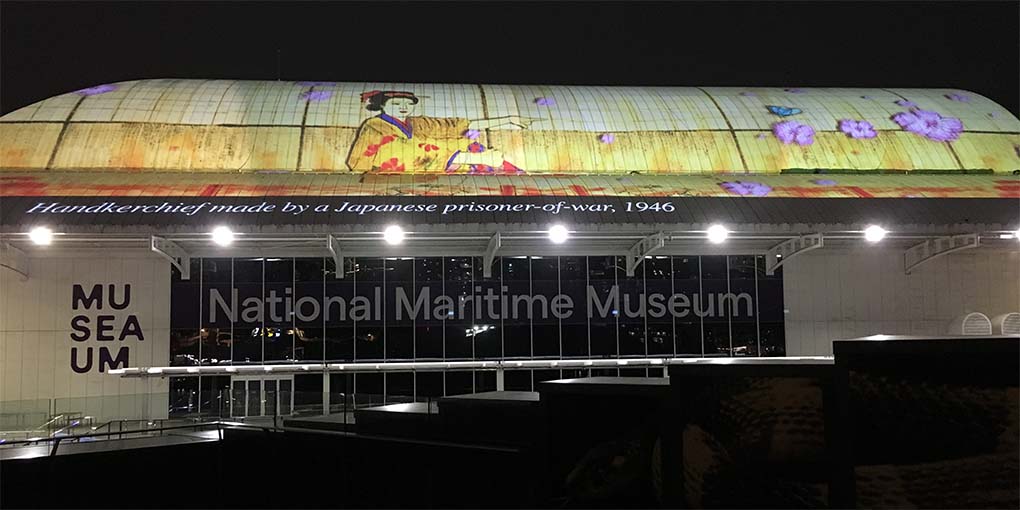 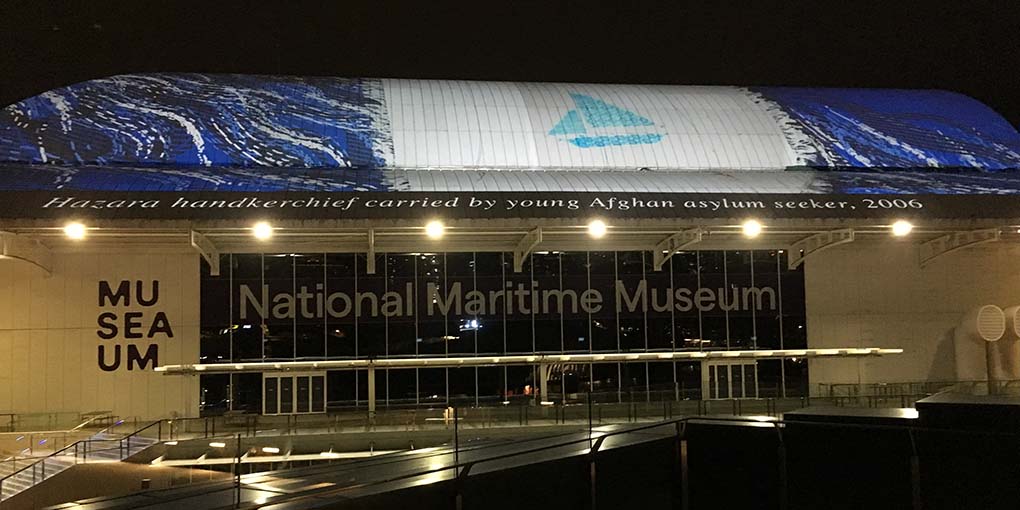 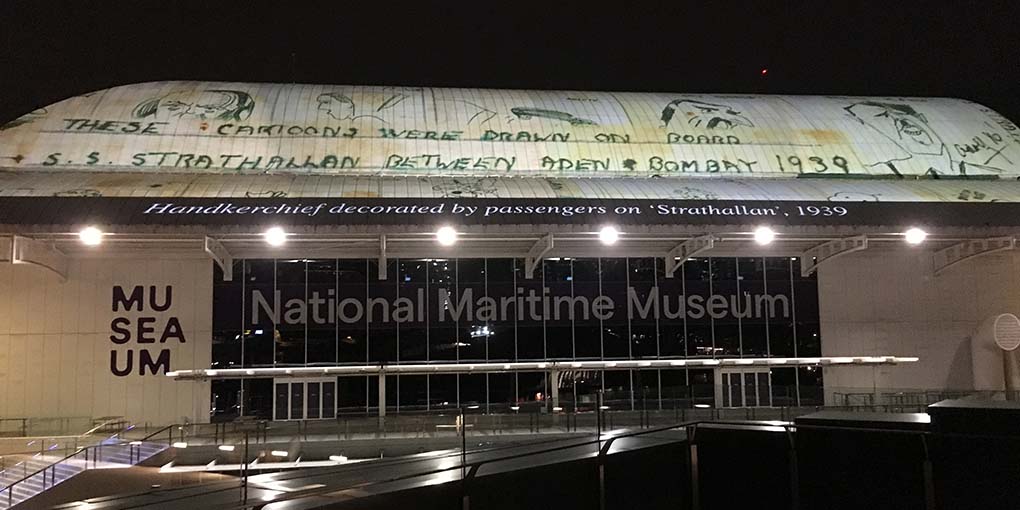 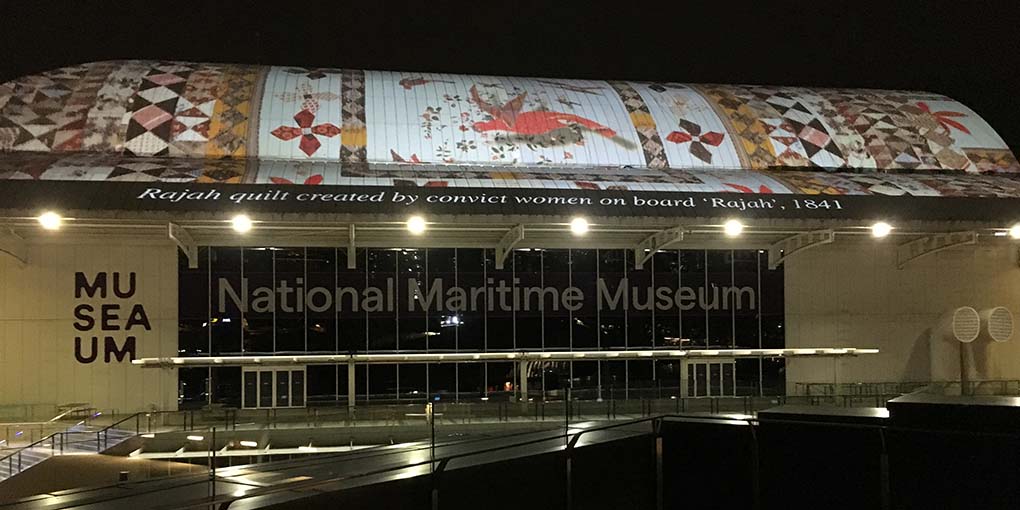 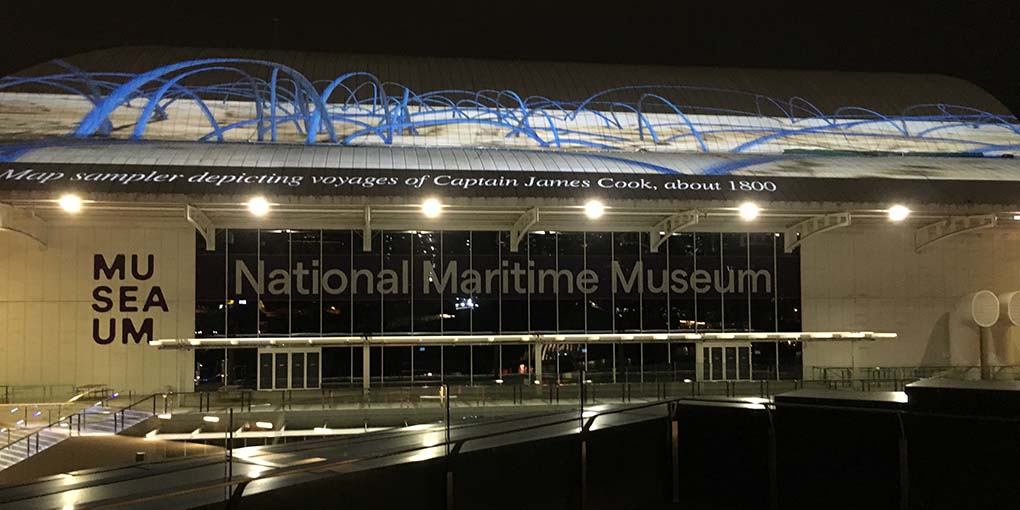 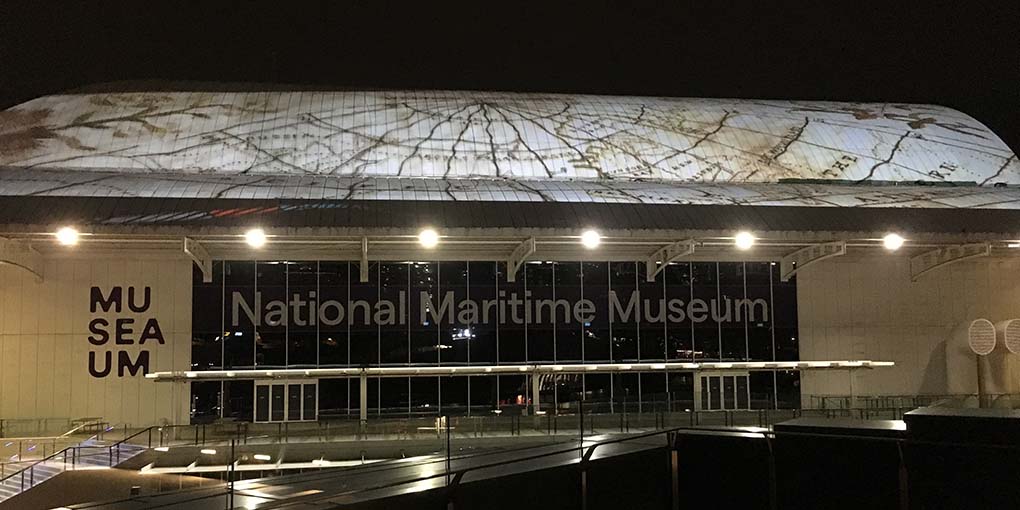